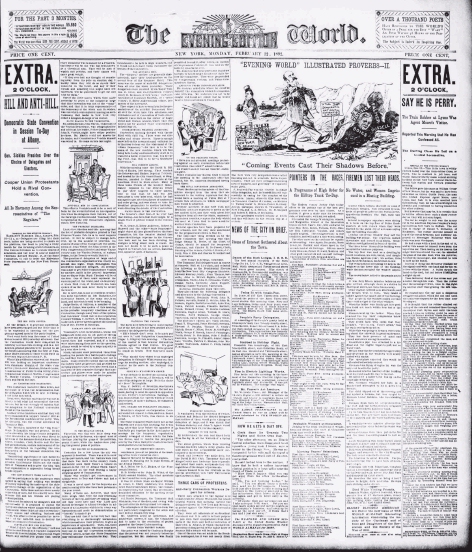 Technology and war transformed the news during the late 19th century.  According to Anthony R. Fellow, "Wartime reporting introduced the development of the "special correspondent" and widespread journalistic use of the telegraph to speed news transmission."  Fellow describes how the Civil War impacted the nation's press in several ways:  newspapers became "big business," Sunday and extra editions were introduced, news agencies including the Associated Press were developed, the newspaper syndicate was developed, and the concise "inverted pyramind" reporting style emerged.