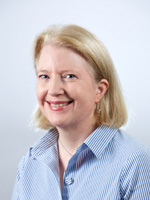 The judicial branch of the United States government is made of up the federal court system and several supporting agencies.

This guide covers sources of federal court opinions and judicial branch business. It was created for a UW Information School class and focuses on free online or UW restricted resources.

A generic court system consists of:

There are also specialized courts. On the state level, reported cases generally come from the appellate courts – not the trial courts. On the federal level, some trial court cases are reported. In a jury trial, there is nothing to report except a verdict.

Case law is primary law created by judges in the course of resolving disputes. It is the written resolution of the issues, written by a judge or a panel of judges. It is not a jury verdict. Juries decide facts; judges decide law. The word case is often used interchangeably with opinion or decision.

Not all opinions are published. Opinions with precedential value are published in sets of books called reporters.

Precedents are the legal principles or rules created by court opinions. Lower courts must apply these precedents in cases with similar issues and facts. This system allows similarly situated people to be treated the same.