Race in the Criminal Justice System 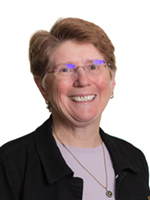 A note about vocabulary: Although some people discussing these issues use the words "disproportionality" and "disparity" interchangeably, there is an important distinction between the two.  Disproportionality  occurs when groups are represented unequally relative to their numbers in the general population. Disparity occurs when two individuals who are similarly situated are treated unequally.

The Race and Criminal Justice Task Force was created in Nov. 2010 to address these issues. Its report was published in the state's three law reviews:

In the summer of 2020, the task force was revived, chaired by the deans of the state's three law schools.

This guide focuses on Washington studies. (If you know of published studies that are not listed, please send us a note.)  It lists some national organizations working in the area and selectively lists books, articles and reports that are not focused on Washington State.

This guide includes selected material that is national in scope or looks at jurisdictions outside Washington. There is simply too much being published to collect it all here.

Please email me (whisner [at] uw.edu) if you have suggestions for this guide. E.g.,