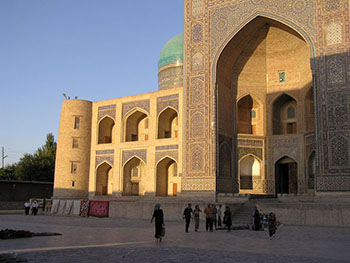 These are the guidelines by which materials are purchased for the Near East Studies collections of the UW Libraries (Seattle Campus).  For questions or more information, please contact the Near East Librarian.

The Department of Near Eastern Languages and Civilization is devoted to teaching and research concerning the principal cultures and languages of the Near and Middle East, including Central Asia, emphasizing not only their contemporary manifestations but also their ancient and medieval roots and their significance within the history of world civilizations.

The Middle East Studies program is a thematic program in the Henry M. Jackson School of International Studies.  It offers an undergraduate minor as well as graduate and professional school training culminating in a Masters degree. The emphasis of the program is on the contemporary Middle East, and depending on students’ own research interests, may include North Africa, Turkey, the Levant, the Gulf States, Saudi Arabia, Iraq, Iran, and Afghanistan. The program’s faculty from the Jackson School is complemented by faculty from across the disciplinary departments, with particularly notable contributions from Political Science, History, Anthropology, Sociology, Near Eastern Languages and Civilization, and Law.

Materials for Near East Studies are cataloged throughout the LC schedules but are concentrated in the following areas.