The Year of the Bird at the UW Libraries: Conservation 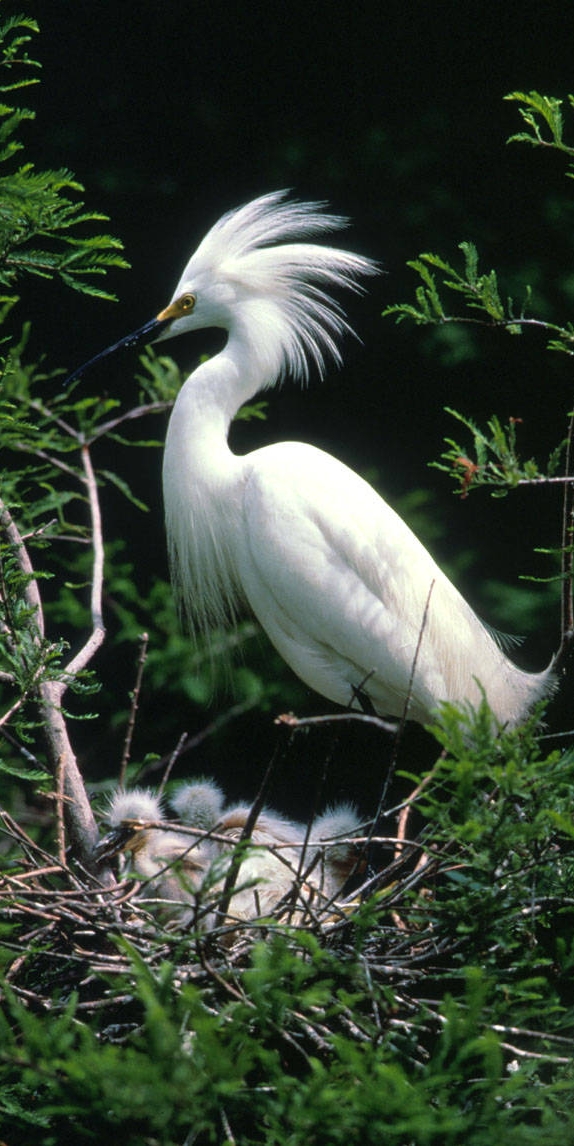 What does the Act do?

The Act makes it a federal crime to to possess or transport most birds (or bird parts) without a permit issued by the U.S. Fish and Wildlife Service. This includes nests, eggs, and feathers as well as the birds themselves. There are a few exceptions to the law, such as permitting the take of some game birds and certain introduced species, and use by indigenous peoples.

You can view the complete text of the Act and its amendments on the website for the Office of the Law Revision Counsel of the United States House of Representatives.

How did it come about?

Hats with feathers and even whole birds were extremely fashionable during the late 19th and early 20th century. Feathers were obtained by "plume hunters" killing wild birds. In an 1886 letter to Field and Stream, ornithologist Frank Chapman identified 20 species on the hats of Manhattan ladies, with the most frequent being the common tern and golden-winged woodpecker (now called norther flicker). Feathers from egrets and other members of the heron family were particularly prized, and these feathers were at their fanciest during breeding season. Hunters would shoot the nesting adults in a rookery, leaving the chicks to die: two generations lost at once. Chapman, George Bird Grinnell, and some other ornithologists saw this as unsustainable.

At the same time, birdwatching and nature appreciation were also on the rise among middle- and upper-class women. Harriet Hemenway, a socialite with a passion for birds and activism, worked with her cousin Minna Hall to recruit fashionable women to reject the fashion of feather-trimmed hats and to support the protection of wild birds. They brought together the society women and conservation-minded ornithologists to form the Massachusetts Audubon Society. Chapters soon formed in other states. The efforts of these groups resulted in first the Weeks-McLean Law, also known as the Migratory Bird Act in 1913, followed by the Migratory Bird Treaty Act in 1918.