At the end of World War II, the Allies divided Germany into four zones occupied by the United States, Great Britain, France, and the Soviet Union. While Berlin was located in the Soviet eastern zone, the city too was divided into four zones. Political differences over the future of Germany and of Berlin soon arose between the Allies. The Soviet Union hoped to absorb Berlin into its eastern zone. The United States, however, opposed Soviet influence in East Germany and introduced a policy of communist containment in the Truman Doctrine. In the advancement of its own post-war vision, the Truman administration announced the Marshall Plan in 1948 to aid the economic development of Germany and other war-torn European countries.

In early 1948, the Western Allies introduced a new currency, the Deutsche Mark, into their occupation zone in Berlin in order to stabilize the economy and curb Soviet influence. In response to this move, the Soviet Union cut off all road, rail, and water routes from West Germany to Berlin. The blockade resulted in great hardship for the residents of Western Berlin who faced loss of power and limited food. On June 26, 1948 the United States launched “Operation Vittles”, which airlifted supplies into West Berlin. British and Australian air forces joined in the airlift. The Berlin Airlift continued for several months even after the Soviets lifted the blockade on May 11, 1949.

The Berlin Airlift marked the first question of the Cold War. However, tensions over Berlin did not cease in 1949. In 1961, the German Democratic Republic commenced construction on the wall that would split East and West Berlin. The Berlin Wall would come to represent the division between Western Europe and the Eastern Bloc until its fall in 1989.

For more background information on the Berlin Airlift see:

These collections of primary sources on the Berlin Airlift are freely available on the web. 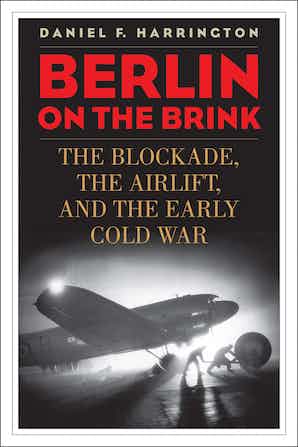 The UW Libraries has many books dealing with the Berlin Airlift. See this list of books that provide overviews.

Additional books can be found by searching for the phrase "Berlin blockade" in UW Libraries Search.