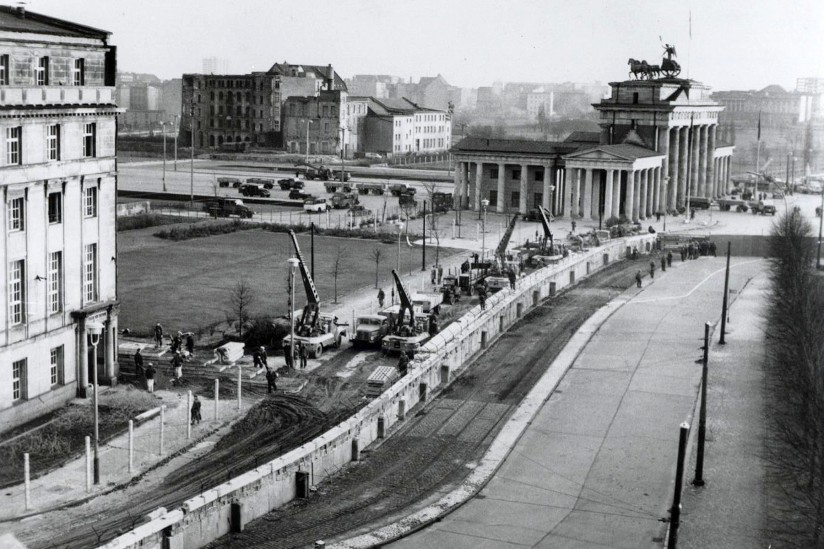 East German workers near the Brandenburg Gate reinforce the Berlin Wall in 1961. (Photo/research.archives.gov)

After the end of World War II, the nation of Germany was divided among and occupied by the United States, Great Britain, France, and the Soviet Union. Berlin was similarly divided between the four countries. The Soviet Union called their portion of Germany and Berlin the German Democratic Republic (also known as East Germany and East Berlin) and installed a communist regime, while the United States, Great Britain, and France created the Federal Republic of Germany (also known as West Germany and West Berlin) with a capitalist system. Between 1945 and 1961, an estimated 3.5 million East Germans defected to West Germany by crossing the border dividing East and West Berlin. Until 1952, the border between the two sides could be easily crossed. However, the significant flow of emigrants prompted the Soviet government to install a system of passes for visits of East Berliners to West Berlin, and East Germans erected a barbed wire fence along the inner border dividing East and West Germany.

On Saturday, August 12, 1961, the leaders of the German Democratic Republic made the official decision to close the border and erect a wall. Construction began that night, and residents woke up to barbed wire fences. By August 17, concrete began replacing the barbed wire and soldiers were stationed along the wall with orders to shoot any defectors. Families were split, and many East Berliners were cut off from their jobs in West Berlin.

For more background information on the building of the Berlin wall see: 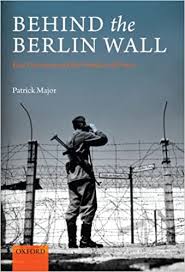 The UW Libraries has many books dealing with the building of the Berlin Wall.  See this list of books that provide overviews.

Additional books can be found by searching for the phrase "berlin wall 1961" in UW Libraries Search.

These collections of primary sources are freely available on the web.