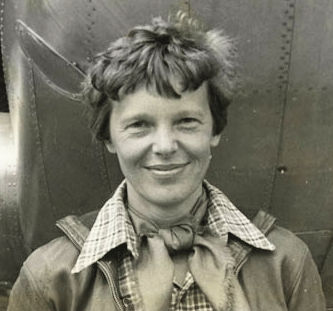 Amelia Earhart (1897–1937) broke gender barriers as a pioneering female aviator famous for her long distance flights during the early decades of aviation. She began flying in 1921 and by 1932, just five years after Charles Lindbergh, became the first woman to make a trans-Atlantic solo flight. Throughout the 1920s and early 1930s she was a fixture at flying competitions and races, setting speed and point to point records. She wrote about her experiences and those of other women pilots in the 1932 book, The Fun of It: Random Records of My Own Flying and of Women in Aviation.

Out of the air, Earhart capitalized on her fame to support women's rights, including meeting with President Herbert Hoover in 1932 to discuss equal rights, and to promote other women's issues, as well as, world peace.

Amelia Earhart is most famous for her disappearance in 1937 during her daring attempt to fly around the world. She and navigator Fred Noonan left Miami, Florida on the first of June 1937 flying south and then east, making stops in South America, Africa, the Indian subcontinent, and Southeast Asia. Newspapers worldwide breathlessly covered her journey stop by stop: "Amelia Lands in Venezuela: Earhart Starts Her Flight Around World by Easy Stages" (Globe and Mail, June 3, 1937); Miss Earhart's Progress: Over the Heart of Africa Touring the World by Air" (Observer, June 13, 1937); "American Aviatrix Reaches Australia: Earhart Lands in Port Darwin from Keopang " (China Press, June 29, 1937). And then, on the longest and most dangerous route of her journey, from Lai, New Guinea to remote, tiny Howland Island, she and Noonan disappeared. A massive sea and air search ensued, all again reported in newspapers, captured the world's attention. The search ended in failure on July 19, 1937, Earhart was declared dead in 1939.

To this day, Amelia Earhart remains a symbol of aviation, achievement, and women's rights. Her disappearance still captures the imagination and the search for her plane continues to this day. 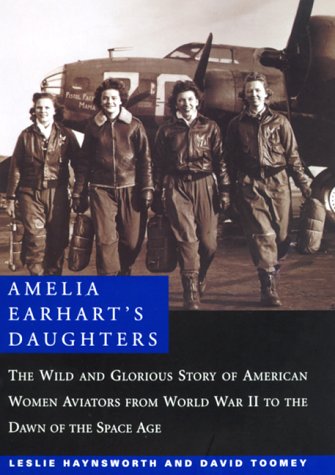 These collections of primary sources are freely available on the web.