Resources for research in animal studies.

To find more films, use UW Libraries Search. Tip: in your search results, select "DVD" in the "resource type" filter. 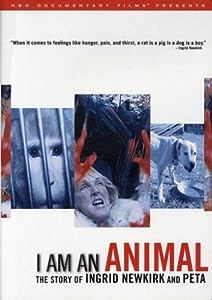 UW Libraries offers many feature and documentary films, such as I am an animal: the story of Ingrid Newkirk and PETA.