This guide contains information about and links to recordings from the Kearney Barton Collection of NW Music. 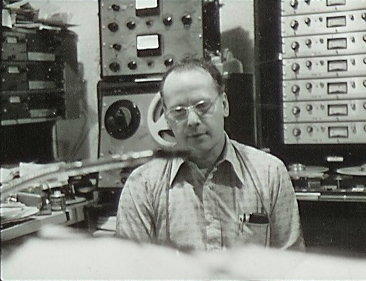 Kearney W. Barton was an internationally renowned and celebrated Seattle-based recording engineer and producer. He is widely considered to be the person responsible for engineering what came to be known as the “original Northwest sound,“ a raw and reverberating analog sonic signature that can be heard on records by numerous Pacific Northwest artists. As music historian Peter Blecha notes, Barton’s engineering work was key in the crafting of this "powerful aural esthetic…. While numerous musicians also contributed to the process, it was Barton who established what that "Sound" sounded like on classic records by pioneering area rock 'n' roll bands” (historylink.org).

Barton contributed much to the world of rock ‘n’ roll (some even say Jimi Hendrix's first recording is in this collection), but his portfolio arced over many genres: opera, jazz, folk, bluegrass, classical, cabaret, gospel, and even the occasional accordion-infused Nordic novelty song. His talents also shined in non-musical contexts. In his 50-plus years of audio engineering and production work, Barton produced radio spots for many local businesses, from Nordstrom to Alaska Airlines to the Seattle SuperSonics.

While his professional accomplishments will solidify a spot in the world of audio recording and Pacific NW music, many of those who knew Barton will also remember him for his generosity, kindness, homemade cookies, and relentless cavalcade of jokes. While missed by many, Barton's legacy of recordings will live on at UW Libraries. 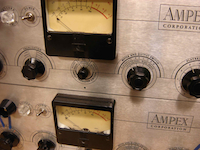 As a result of his many decades of work, Kearney Barton amassed thousands of analog reel-to-reel recordings at his Seattle home studio, many in advanced stages of deterioration. In 2010 UW Libraries received a grant from the American Music Partnership of Seattle (AMPS) to preserve and describe a portion of these recordings (AMPS was funded by The Paul G. Allen Family Foundation and administered by the Simpson Center for the Humanities at the University of Washington). Since then the UW Libraries and partners Light in the Attic Records have continued to care for the collection.

In 2015, Michael Wing--who produced sessions at Baton's with such artists as Keith Kessler, Kent Kessler and Marc Shulman--made a generous donation of his own the Endowment. Since that time, Michael Wing has gone above and beyond this initial gift to establish an endowment to help preserve and provide access to audio, video, and moving image collections at the UW Libraries.

To learn more about how you can help, please contact the UW Libraries.