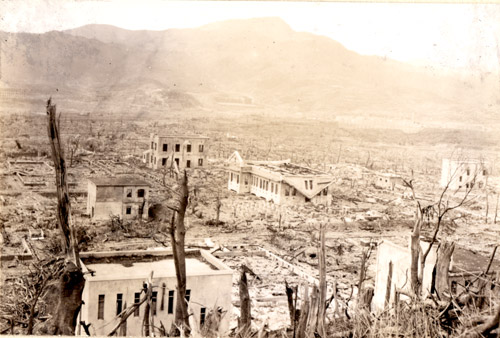 In 1942, just months after the United States entered World War II, a secret program, the Manhattan Project was created under the command of Brigadier General Leslie Groves and the scientific direction of J. Robert Oppenheimer.  British and American scientists began developing a new kind of weapon, an atomic bomb.  By July 1945 the weapons were ready to be used against the one remaining Axis nation, Japan (the war in Europe ended with the surrender of Germany on May 8, 1945).

On the clear morning of August 6, 1945 a single plane, the Enola Gay, made it's way across southern Japan to the city of Hiroshima and dropped an uranium bomb nicknamed "Little Boy."  In an instant the city was leveled and and estimates of those killed by the blast and its aftermath range from 70,000 to over 200,000.  Three days later, on August 9, the  plutonium bomb nicknamed "Fat Man"  was dropped on the city of Nagasaki.  Casualty estimates range from 40,000 to 70,000 dead.  On August 10, 1945 Japan offered to surrender to the United States and the Allies. World War II ended.

Historians continue to debate the rationale behind the decision to drop the atomic bombs on Japan.  Were the bombs necessary?  What would have been the human costs of an invasion of Japan? What role did the entrance of the Soviet Union into the Pacific War play?  Did racism have an affect on the decision?

For more background information on the bombing of Hiroshima and Nagasaki see: 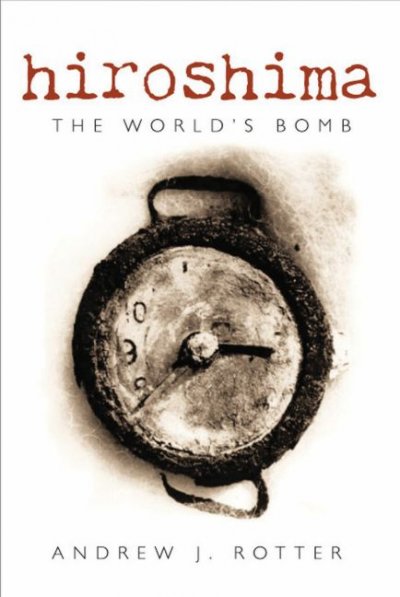 Additional books can be found by using the terms hiroshima atomic bomb in UW Libraries Search.