All Libraries are CLOSED and staff are working remotely until further notice.
UW Libraries COVID-19 Updates
Remote Resources and Services for Spring 2020

Working for a Living: a solidarity exhibit 1919-2019: Spotlight on Lumber & Logging

Lumber was one of the most dangerous industries in the Pacific Northwest. Loggers often worked ten-hour days for low pay, handled deadly machinery, and lived in squalid, over-crowded conditions. Attempts to organize the lumber industry began in the late 19th century by the shingle weavers, a group of craftsmen within the industry, but their progress, and those of other organizations, fluctuated with the economic status of the industry. In the years preceding 1917, a surplus of labor in the region and the instability of this workforce gave lumber companies the edge when it came to negotiations. However, the United States’ entry into WWI in 1917 led to an increased need for labor and lumber, setting up conditions favorable for the loggers to organize a successful strike. Further labor strikes by lumber workers, including the notable 1935 strike, would occur into the later 20th century.

Lumber and Labor in the Pacific Northwest 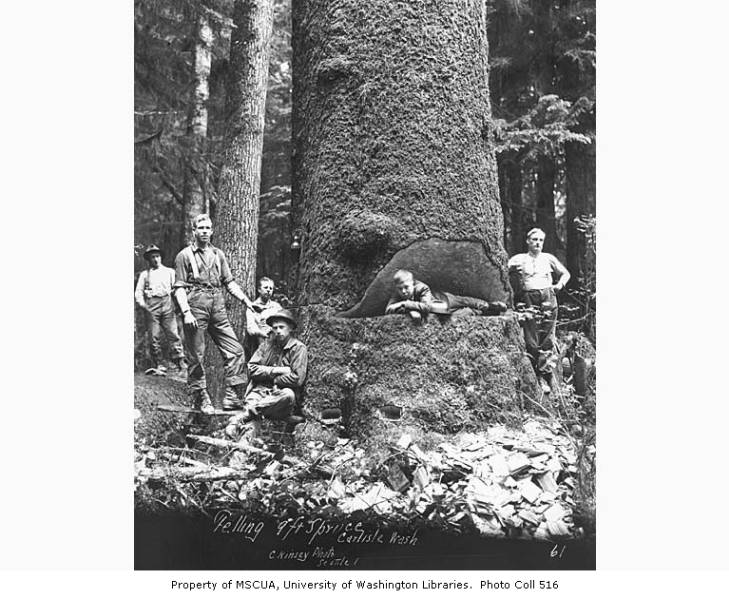