Working for a Living: a solidarity exhibit 1919-2019: Spotlight on Music

History of Segregated Music in Seattle

Seattle has a long history of being a place where great music is born. The musicians who first established this industry in Seattle saw the value in creating a union, just like others who had done so in industries like shipping and forestry. When the American Federation of Musicians--Local 76--was established in Seattle, it was highly popular, and musicians of all races wanted in. Local 76 allowed "colored" members to join, but due to Jim Crow laws and pervasive racism, they were not eligible for the full rights that white people had. African Americans of the area petitioned for a separate chapter, where they could employ the full rights of the union on their own terms, and it was granted. This separate chapter would be known as Local 458, and later known as Local 493. The ensuing turf war between the two chapters began in the early 1920's to the beginning of the civil rights era, when the two chapters voted to merge. 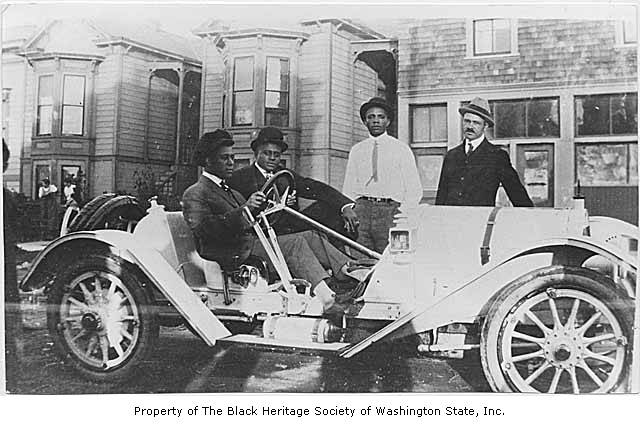 Russell "Noodles" Smith (at wheel) and friends, Seattle, ca. 1935.  Smith is known for opening many prominent black nightclubs in Seattle. Photo from The Black Heritage Society of Washington State. 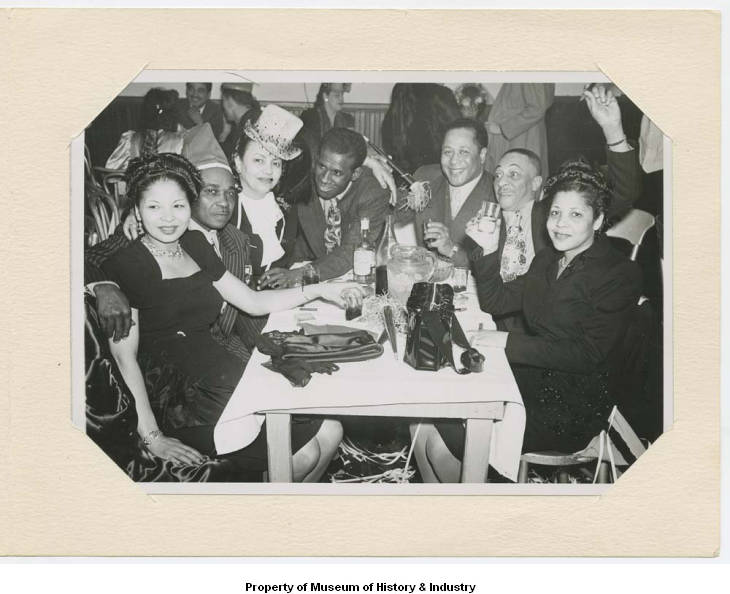 Souvenir photo folder from the Black and Tan Club, circa 1945. Previously known as the Alhambra Nightclub, the Black and Tan was opened by Noodles Smith in 1922 as the premier nightlife spot for African Americans in Seattle. Photo from the Museum of History and Industry.