LAW contains records from individuals and organizations that document the local, national and international dimensions of the labor movement in the Pacific Northwest.

Our Collection Guides search tool has migrated to Archives West.

What's in this Guide

The Labor Archives of Washington (LAW) was founded to preserve the records of working people and their unions and to serve as a center for historical research, ensuring that new generations have access to the rich labor history of the region. For more information about LAW visit the website.

The Labor Archives contains more than 300 separate collections of labor related materials from individuals and organizations documenting the local, national and international dimensions of the labor movement in the Pacific Northwest.

Many unions have made the Labor Archives the official repository for their historical records -- minutes, office correspondence, membership files, publications and contracts.

Records from organizations that supported organized labor, worker's rights, and civil rights and also records from labor critics and opponents. Also included are records of employers, some of which were the collective bargaining partners--and sometimes opponents--of unions.

Selected resources and research tips for labor history researchers and those interested in ethnic, social, local, political, and women's history.

Donating Items to the Labor Archives

Our current collecting focus is labor organizations, labor union members and officers, and workers in the Pacific Northwest. Organizational donors may have a statewide, regional, or even a national mission, but usually have a strong tie with the local area as well. 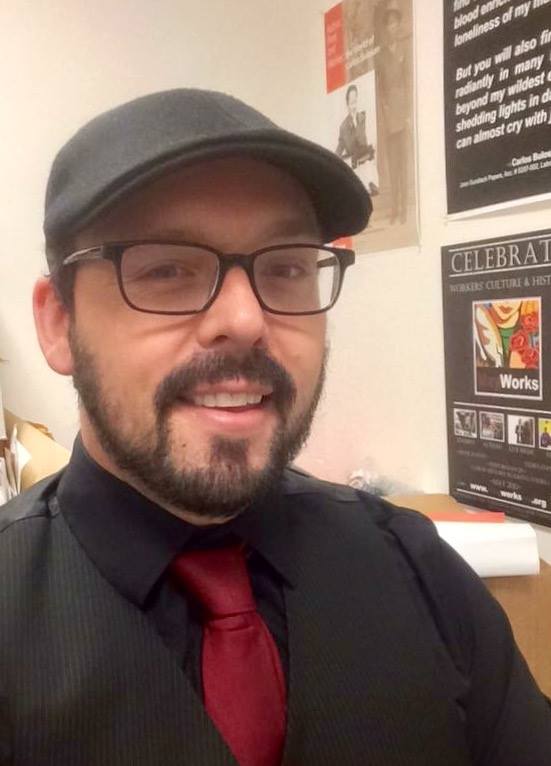 Papers of individuals who were labor union officers, members, and activists.

Papers of academics, authors, and other researchers who investigated labor history and the lives of workers. Some of these collections contain the research files and manuscripts of published works.

Papers of individuals that advocated equality in the workplace, fought discrimination on the job, or advocated new pro-labor sociopolitical relations but may not have been members of labor unions.

Occupational histories of individual workers. Many of these collections contain narratives or documentation of their worklives.

Records from organizations that supported organized labor, worker's rights, and civil rights and also records from labor critics and opponents. Also included are records of some employers, some of which were the collective bargaining partners--and sometimes opponents--of unions.

Records of the organizations that are the collective bargaining agents of workers. Also includes regional labor councils, which are composed of local union affiliates.

Records of organizations that advocated equality in the workplace, fought discrimination on the job, or advocated new pro-labor sociopolitical relations but were not labor unions.

Records of organizations formed by workers in a particular trade or profession but which were not collective bargaining agents.

Records of government bodies that are related to labor.

Records and papers from employers.

Organizational records for labor unions, organizations which serve as the collective bargaining agent of workers in relation to employers

Organization protesting the deportation of MacKay and Mackie, beginning from 1958

Regional chapter of a national organization founded to oppose the activities of the House Un-American Acitivities Committee, changed name to the National Committee Against Repressive Legislation; defends the right of political dissent.

The Portland Central America Solidarity Committee was founded in 1979 to educate and mobilize community members, workers, and student around struggles for human rights and social justic throughout the Americas. In addition to working to improve conditions in Central America, PCASC also advidcated for rights locally in the Pacific Northwest. PCASC is also affiliated with the Network in Solidarity with the People of Guatemala (NISGUA) and the Committee in Solidiarity with the People of El Salvador (CISPES).

Records of a Seattle political labor organization. The Seattle Section of the Socialist Labor Party (SLP) was founded in the early 1890's as a branch of the Socialist Labor Party of America. The SLP was founded as a Marxist political party in 1876, the first nationwide socialist party in the United States. The party promoted the doctrines of Daniel DeLeon, theorist of the SLP, which advocated a classless, stateless, industrial democracy in which private property would be abolished and all natural resources and means of production would be operated by the workers through Socialist Industrial Unions. The SLP planned to achieve its goals through national and local elections and by capturing the trade union movement. However, the party's narrow sectarian ideology, its insistence on doctrinal unity and party discipline, together with its rejection of social reform alienated it from the trade union movement. After modest success in the 1890s, the party declined and never numbered more than a few thousand. It survived however, and continued to run candidates for national and state office. The Socialist Labor Party was the first socialist organization of any importance in the Pacific Northwest but it never established ties with the labor movement and never developed beyond a small cadre.

The Washington Committee for Academic Freedom was a state-wide group of citizens drawn from both ends of the political spectrum who formed the Committee in June 1948. Frances W. Herring was executive secretary for the organization. Records document the efforts of the Committee to protect academic freedom in response to the Joint Legislative Fact-Finding Committee on Un-American Activities (Canwell Committee) hearings investigating possible Communist activities at the University of Washington and the firings of three professors by the University of Washington. Records were those of Ethelyn M. Hartwich, a member of the executive board.

Records of the University Baptist Church, Seattle, concerning its 1980s sanctuary program for Central American refugees. UBC becamse the first publicly declared sanctuary in the Northwest, the first American Baptist sanctuary in the U.S., and the seventh publicly declared church sanctuary in the nation. UBC successfully petitioned the city of Seattle to declare itself a Sanctuary City, sent relief workers and supplies to El Salvador, and toured the Northwest advocating the sanctuary program's implementation in those areas. In addition, UBC was an active local voice in opposition to U.S. foreign policy.

Washington State Committee for the Protection of the Foreign Born records

Washington state chapter of the American Committee for Protection of Foreign Born, founded to defend the rights of the foreign born, especially radicals and Communist Party members, thereby filling a void left by other civil rights defense groups.

The Workmen's Circle (Der Arbeiter Ring) was founded in the 1890s to serve as a mutual benefit society and a cultural-social organization for members of the Jewish working class. In 1900, it was reorganized as a fraternal insurance company and eventually grew to include 700 branches with a total membership of 70,000. This collection is from the estate of Ben Stein who was respectively secretary, financial secretary, and president, 1930s-1950s, of Branch #304 of the Workmen's Circle.