Industrial Workers of the World Photograph Collection: Colorado Mine Strike, 1927-1928

Colorado mine owners decreased wages in 1925 during an economic downturn. During the winter of 1927-1928 coal miners went on strike for increased wages and improvements to working conditions. The IWW was a powerful organizing force for miners with a history in other mining conflicts and came to the aid of the strikers. Mine owers hired armed men to attack the IWW's Trinidad hall and Walsenburg branch halls.  In Walsenburg, the raid resulted in a shooting.  There are photographs of victims in the IWW Photograph Collection. The captions writing on the back are most telling of the situation. 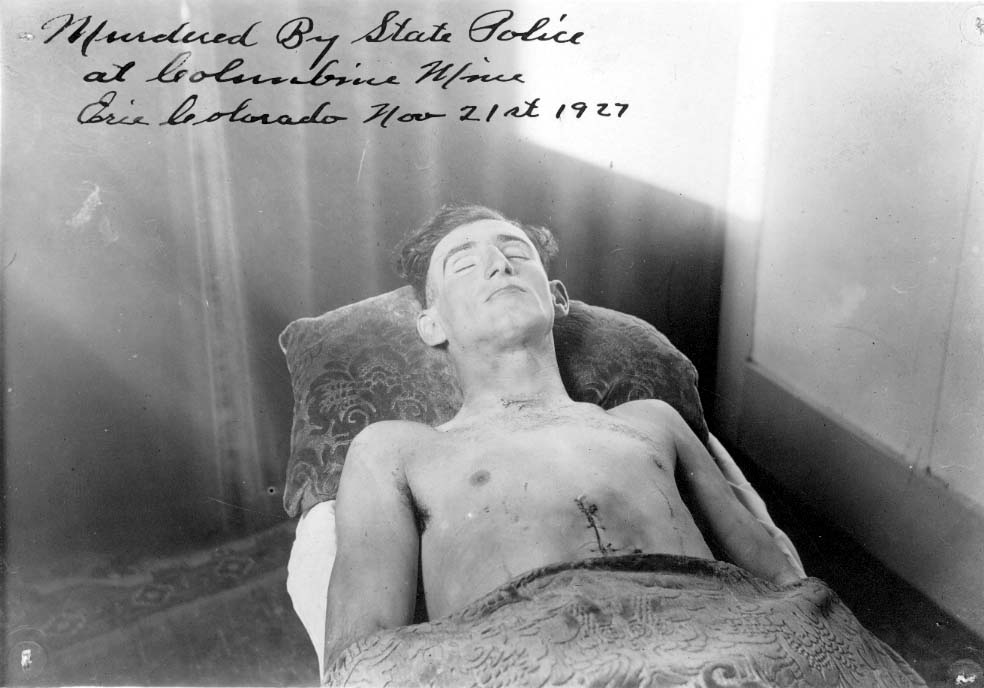 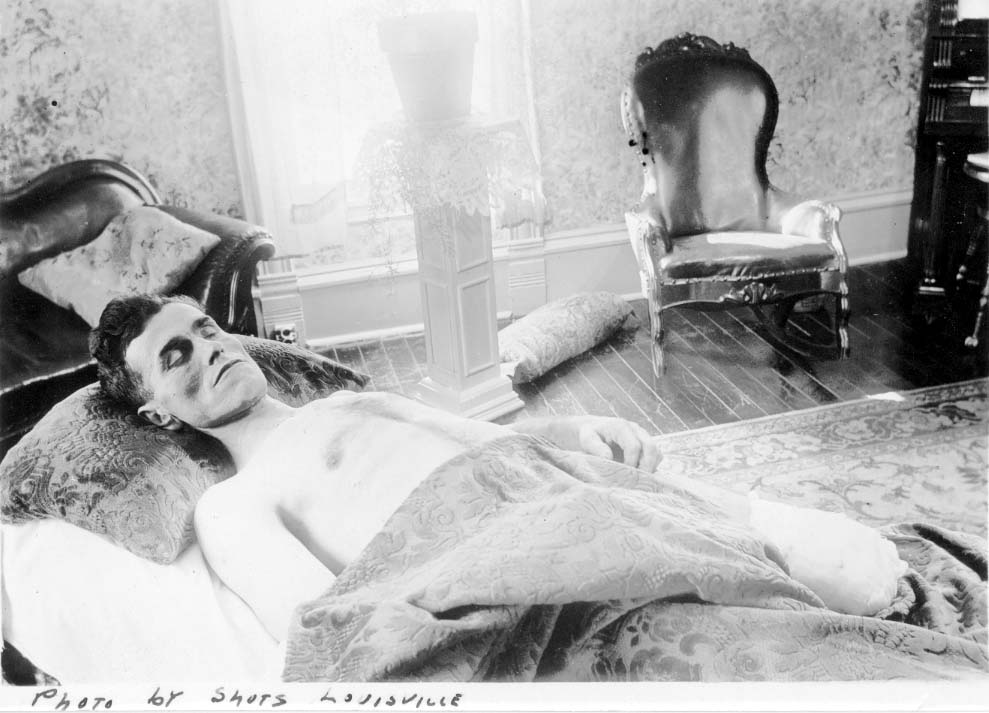 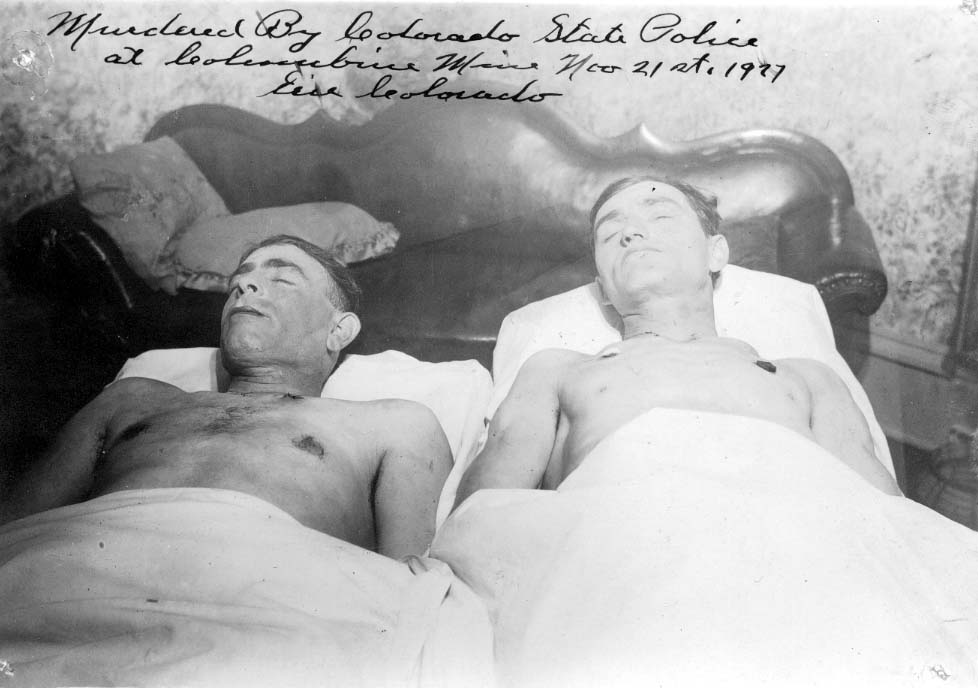 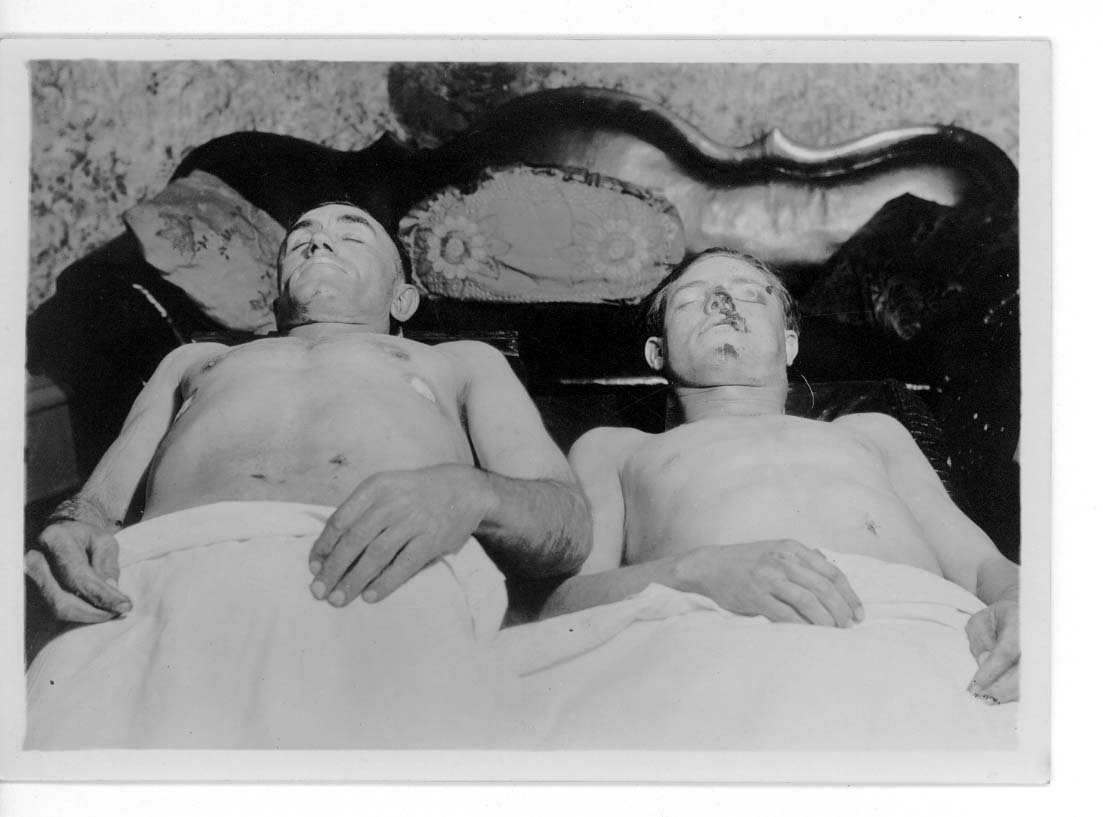 A manuscript collection of IWW materials in UW Special Collections.

Captions from the back of the photographs:

"Walsenburg striking coal miners assembled in front of their hall after shooting of January 12th, 1928. Single story building is where Chavaz was murdered. Other BLDG. houses strike committee upper half is where State police claim Chavaz [sic] was killed. Stairway leading up stairs was also riddled with bullets from machine gun. THE SPECTATOR"

"Body of K. Chavaz [sic] lying in own gore[.] Walsenburg hall Jan. 12 1928. This is man whom State Police say was shot in upper story of adjoining hall and dragged here. Note brains and marks where they skidded from head. Also club. The SPECTATOR knelt beside this man not later than 5 minutes after he was shot, in the very spot where club lies, and was driven from body by three thugs with rifles and shotguns." 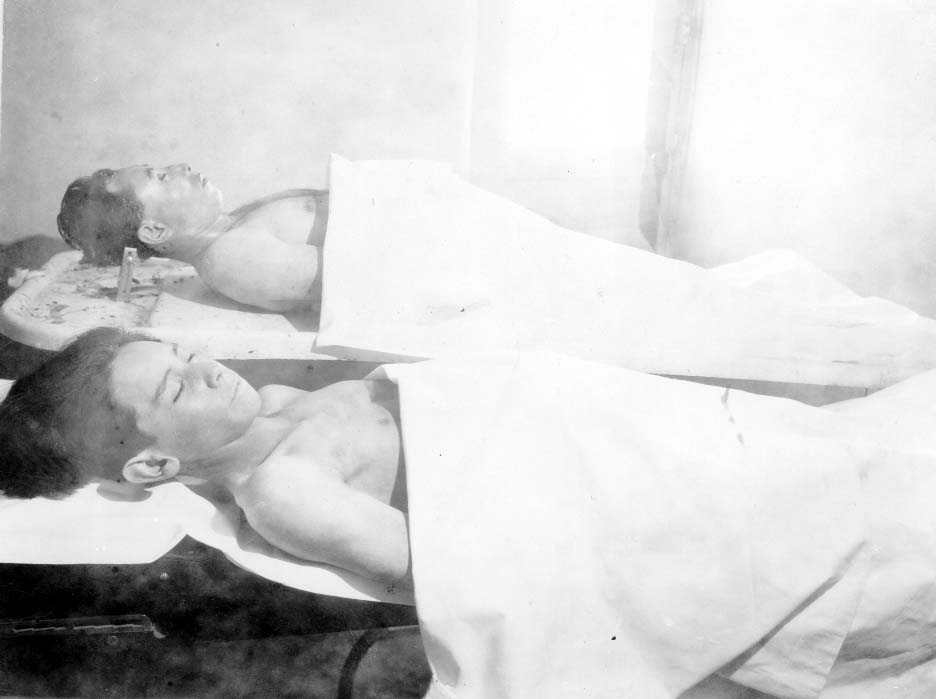 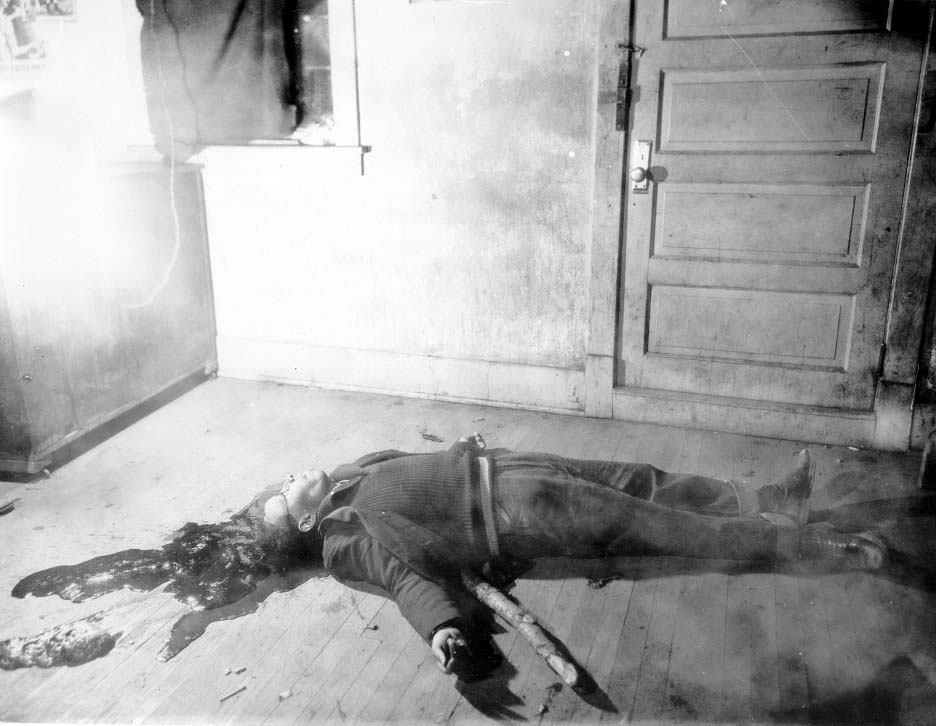