About the Little Red Songbook

Songs of the Industrial Workers of the World--popularly known as the "Little Red Songbook"--is a compilation of the IWW's songs. The pocket-sized booklets were distributed during protests, usually only for a few cents apiece. The songs inside were set to the tunes of reglious hymns, contemporary popular music, and folk standards. By appropriating the tunes of earlier songs, the songs could be learned and sung by groups with minimal prepartion. It was even said that the Salvation Army band tried to drown out the singers and they just set their song to the tune the band was playing. Employing parody, satire, biting humor, and earnest intent in equal measure, they told the story of the IWW's vision of labor and class struggle and a future "Industrial Commonwealth" and advocated for worker's rights.

The first edition of the songbook was published by the Spokane branch of the IWW in 1909 during the Free Speech Fight. More than 37 editions were subsequently published by the IWW, compiling different songs by different IWW songwriters over the years. Perhaps the most famous song contained in the Song Book is Ralph Chaplin's "Solidarity Forever", which became an anthem for later labor struggles, becoming a staple of the great labor organizing drives of the 1930s. Eventually, Chaplin's 1915 song became a staple of the American labor movement and is the official song of the American Federation of Labor-Congress of Industrial Organizations.

Joe Hill was one of the most prominent contributors to the songbook along with other prolific Wobbly songwriters such as Richard Brazier, Ralph Chaplin, Laura Payne Emerson, Covington Hall, James Connell, and Charles Ashleigh.

Inside every songbook there is the Preamble of the Industrial Workers of the World, usually on the inside front cover. The back pages or cover often gave directions on how to join the IWW and sometimes a list of IWW publications.

Click the link below to search for the digitized songbooks:

To read more about the history of the IWW Songbook, see: 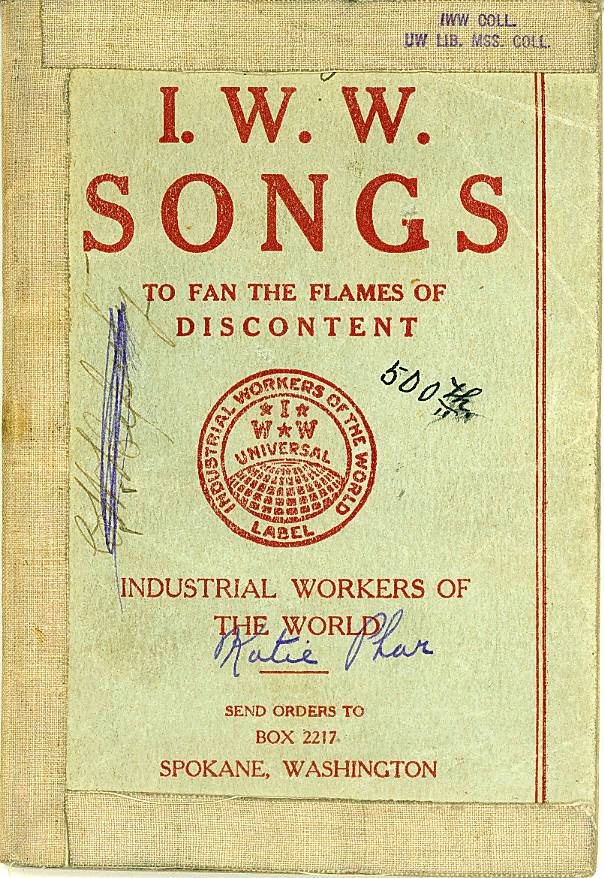 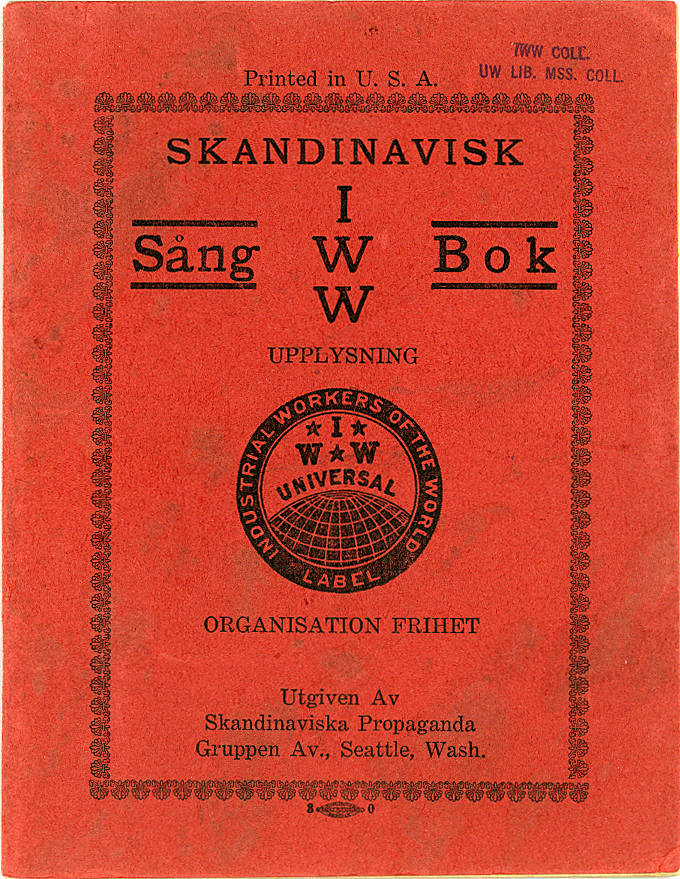 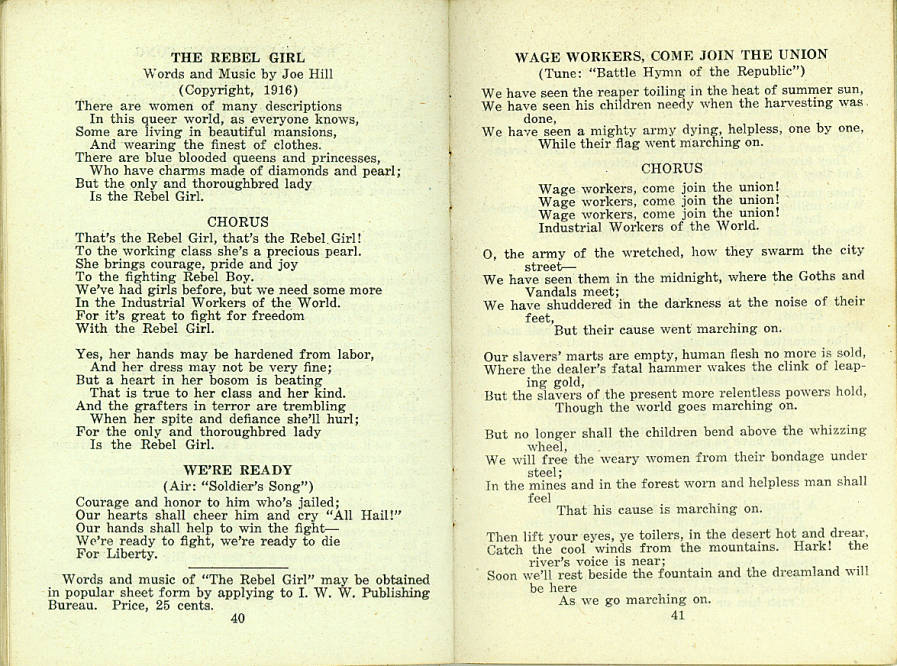 Rock a by baby,

On a tree top.

When you grow up,

You’ll work in a shop.

When you get married,

Your wife will work too.

So that the rich,

Will have nothing to do.

Hush a by baby,

On a tree top.

When you grow old,

Your wages will stop.

When you have spent,

Off to the poor house,

Then to the grave.