This guide highlights recommended resources for research in Cinema Studies.

Use UW Libraries Advanced Search when looking for films and follow this example -- change "Show Only" option to UW Libraries  and "Material Type" to Audio & Video. Type in search terms -- this can be the title of a film, director, keywords or genre (type of film such as horror films). Search results will include DVD, VHS and streaming. Those with the location "Suzzallo and Allen Libraries Media Storage" can be requested at the main circulation (check-out) desk on the first floor of Suzzallo Library. For more information on locating films at the UW Libraries see the Video & Streaming Video guide. 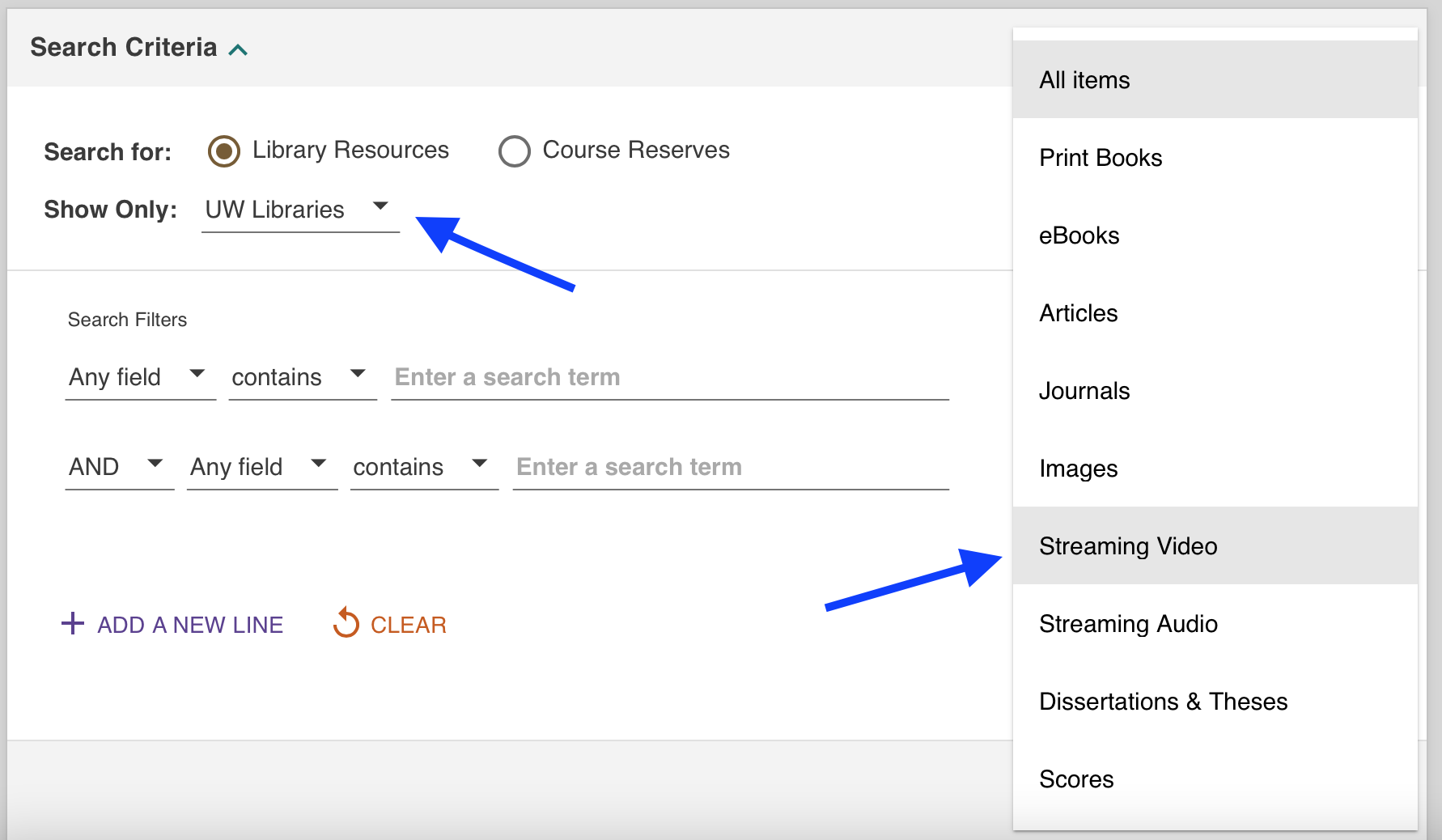 This is just a selection of streaming video collections (most are documentaries) available through the UW Libraries and on the web. For a more complete list see Streaming Media Collections A-Z.

The following sources are similiar to IMDB. They provide basic information about a film including a plot summary, list of characters, etc. Some also include more detailed information including citations to film reviews. These are just a sampling of filmographies available in the UW Libraries.

Browsing for a Film

Looking for a great film?

The American Film Institute has come up with a list of the 100 greatest American films of all time. You'll find most of the available on DVD. A few are available streaming including these:

Film Genres to Use When Searching

Libraries use official terminology created by the Library of Congress (LC) to categorize films by genre. You may want to use genre terminology when you are looking for a list of a specific kind of film. Here are some genre examples that can be helpful when looking for types of films, films from a specific country, or films in a specific language. The general genre heading is followed by specific country examples; often times American and English language films will not include a country or language designation. Keep in mind that genre terminology use may be inconsistent. These are just a sampling of various genres that you can use.