This guide recommends resources for research in English language studies, British and American literature, and other literatures written in English.

The library has access to many digitized books.  Sample collections are listed below, or search the UW Catalog for a specific title.

Finding Books in the Stacks

The UW Libraries uses the Library of Congress Classification system to organize items in the collection.  The following LC classification ranges are of interest to those studying English & American literature:

Request a Book from UW Libraries 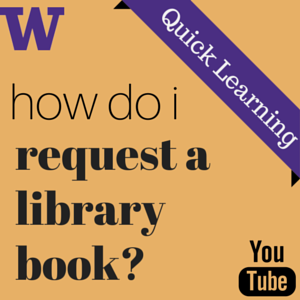 Want to request a library book? This video takes you through the process of requesting library books or other materials. | Time 1:20 | Play Video