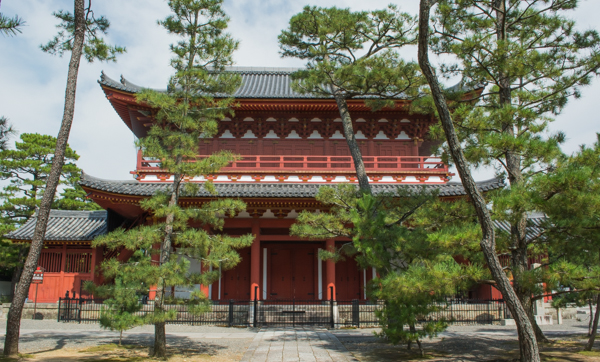 The guide consists of the following sections: a description of the organization, structures, and use of the garan; a brief discussion of the relationship between site, structures, and environmental design; a resource guide for further research. This guide is also related to an image collection held by the Visual Resource Collection of the College of Built Environments at the University of Washington, through keyword search terms provided in each descriptive section.

(Due to publication restrictions, access to the visual resource is limited to faculty in the College of Built Environments at the University of Washington and students in the College by special permission. Information provided in the resource guide can be used to facilitate searches for similar images via the internet or other public records.)

Environment as the Meeting of Theory and Practice

As it is presented here, the garan is recognized as the product of an integrated practice of environmental design, rather than the coincidental outcome of several distinct modes of construction. As noted earlier, this approach to the study of built environments draws attention to the integration of practice into a coherent approach to entire environments, placing emphasis on the environment as a location for social behavior. These constructive practices include site engineering and drainage, the construction of landscape, and the incorporation of structures into the environmental fabric provided by engineering and landscape practices.

This approach is distinct from studies of Japanese architecture or Japanese gardens that treat architecture and landscape design as fundamentally distinct practices, focusing narrowly upon either one subject or the other. While this narrow division of the environment into multiple fields of study (architecture, gardens, art, religious practice, and so forth) brings important details of these practices into focus, the resources in this guide provide the cultural and historical context necessary to question whether these divisions are natural, or whether they are instead arbitrary divisions emerging from a particular historical and cultural context.

This challenge to accepted divisions of constructive work is intended to encourage design exploration, by presenting the physical case studies and cultural context for alternate modes of environmental design. 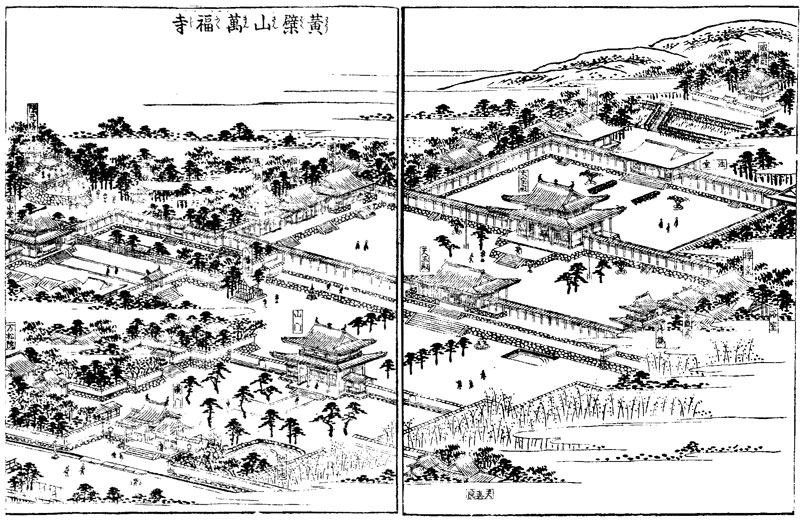 The Nihon Kokugo Daijiten states that garan as an abbreviation for sōgaranma, the transliteration of the Sanskrit term samghaaraama. The term originally described any “quiet and clean” place where monks gathered to practice Buddhist teachings, and over time became a general term for Buddhist temples. The entry goes on to include several historical usages of the term in Japanese, the earliest example from the Zoku Nihongi (Supplementary Chronicles of Japan), written in 737.

In part, the definition states, “The garan is based upon seven structures therefore it is known as the shichidō garan (seven-hall garan). However, the basic structure and layout of the seven halls differs between the various sects and schools of Buddhism. Furthermore, whether the term empty (“garandō”) bears any relationship to this is also uncertain.” (Translation by author, from Nihongo Kokugo Kankokai 2001, Volume 3, p.1103)2

Although the term garan is defined loosely, in Japanese Rinzai Zen the garan consists of a prescribed layout of the structures, established during the early history of Rinzai Zen in Japan. Martin Collcutt’s discussion of the Rinzai Zen garan in Five Mountains: the Rinzai Zen Monastic Institution in Medieval Japan remains one of the few references available in English.

The Ground Plan of the Rinzai Zen Garan

Collcutt traces the origins of the garan in Japanese Zen to the original monks who studied Zen in China, and who attempted to recreate not only the teaching, but also the monastic form and lifestyle of the Chinese Ch’an practice. In his argument Collcutt leaves open the possibility that the transmission of the ground plan is based on a limited number of Chinese precedents, and some Chinese scholars suggest that there may have been more variation in the ground plans of Chinese Ch’an temples.

Japanese documents record an anthropomorphic view of the temple layout (illustration above). This illustration can be compared to an illustration of the garan of the Obaku-school Zen temple Manpukuji, recorded in the late-18th century guidebook Miyako Rinsen Meisho Zue. The resource guide includes additional images and texts, recording historic temple layouts.

The head temples as they exist now differ from this original ideal—the garan no longer serves the same role as the focus of communal life in Rinzai Zen practice, having been replaced by the Sodo (training hall) and individual sub-temples. Therefore, although the central axis of pathways and the planted environment of the garan remains in the major temples, the preservation of the full layout of buildings, galleries, pathways, enclosing walls, and gates is uncommon.

The Structures of the Garan

勅使門 “Imperial Messenger Gate”; this gate is only opened for the emperor or high-ranking officials. To the east of this gate there is another gate that is used for all common temple business.

放生の池 Pond used for releasing fish and turtles, recognizing the Buddhist belief in the Buddha-nature of all beings.

山門 三門Written with the characters for ‘mountain gate’ or ‘three-doored gate’, passage through this gate represents entry into the teachings.

仏殿 “Buddha Hall” Used for daily sutra recitals; also used for services marking the birth of the Buddha and other significant events. A statue of the Buddha is the main devotional object.

法堂 “Dharma Hall” Originally the hall where monks would gather to practice.

Zen Buddhism is the subject of a remarkable torrent of interest and analysis. Zen is the focus of discourse in the fields of philosophy, religion, cultural practice, and is examined as a guiding principle for arts, architecture, and gardens. Given this torrent of information, it is perhaps not surprising that there is a wide variation in the quality and perspective presented.

This bibliography is tailored to the objectives of the study guide, therefore very few of the books on Zen gardens or Zen architecture are presented here.

The organization of the constructed monastic environment, is an expression of cultural behavior and social interaction. Therefore, this bibliography includes references to the cultural meaning of site, the history of Rinzai monastic practice, and the role of social space in the interaction of people, in order to provide context for understanding the built culture of Rinzai monasticism.

Studies human settlement from a wide variety of theoretical perspectives.

An examination of thought, theory and experience of the human landscape

One of few comprehensive histories of medieval Japanese Rinzai Zen

Essay from Stanislaus Fung particularly useful for a non-Western view of garden and landscape.

Considers a range of human environmental practices as ‘architectural’ behavior

Philosophical studies of self-identity in the environment

Kuck’s original book on Japanese gardens, in many regards superior to the 1968 reprint. Many of Kuck’s insights are superb, although the style appears dated, and problems with her text have been exposed (including her creation of the term ‘Zen garden’).

Detailed history of Japanese gardens and their cultural/historical context.

Detailed and careful examination of art and history in the Zen monastery of Daitokuji; helps to challenge assumptions about history, tradition, and received knowledge.

Detailed surveys of Japanese gardens and architecture, with some text (text in Japanese)

Chapter on sacred trees places the modern concept of ‘nature’ in historical context, challenging assumptions about the Japanese love of nature. Especially important for situating medieval Japanese gardens in the context of their creation.

Several useful essays in this volume provide resources for understanding the concept of ‘self’ in contemporary Japan, and the situation of self in social and material environments.

Additional resource for the history of Buddhism in Japan

Historiography of the garden at Ryoanji, exploring the role of Ryoanji in the modern creation of ‘Zen garden’ as a cultural concept

Useful for both full color images, and for historical information about the gardens and temples

The page was formatted by Alan Michelson.

The right column of this study guide contains links to external sites and web resources. These sites are primary sources (such as the Rinzai-Obaku links that follow), or contain useful primary sources, such as images. Some of the pages are in Japanese or Chinese; these pages are linked both for image content, and for the information presented, for those able to read Japanese or Chinese.

The Joint Council for Rinzai-Obaku Zen provides a useful starting place to develop an overall understanding of Japanese Rinzai Zen, and the Rinzai-Obaku Monastic administration in Japanese.

There is a Head Temple for each of the 14 branches of Rinzai Zen in Japan.

The following list provides the names of each branch; clicking on the link will lead to the history of the temple found on the Rinzai-Obaku website. Many Head temples also maintain independent websites; for temples that do this, the page is linked from the Rinzai-Obaku history page.

This study guide is linked to a collection of images held in the Visual Resource Collection of the College of Built Environments at the University of Washington. As noted, access to this collection is limited to CBE faculty, and CBE students by special permission.

Login to the VRC here.

Entering the term “Rinzai garan” returns all images connected to this study guide.