To celebrate Black History month, the Social Justice Team would like to recognize first and foremost, that black history in this country is American history and that to only learn about black historical figures and identity during the shortest month of the year does us all a great disservice. It would be impossible to unpack and rightfully commemorate black history in one month, much less in a single email, but we are looking to briefly recognize some people who are not usually celebrated as widely as Martin Luther King or Rosa Parks during Black History month. Here is a short list of contemporary, influential black activists that we found of unique importance today, as black history continues to be written.

Marsha P. Johnson (1945-1992) was an American gay liberation and AIDS activist and self-identified drag queen. She was on the frontline of the Stonewall riot, which is largely recognized as having started LGBTQA Pride. Marsha struggled with her mental health, homelessness, and being harassed on the streets on a regular basis. She remained an activist and went on to participate in sit-ins, marches, trans organizations, and shelters aimed at helping gay and trans youth. Read more about Marsha in this article by Medium. 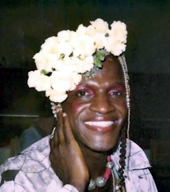 Figure 1. Portrait of Marsha P. Johnson. Author or copyright owner of image: Pay It No Mind

Angela Y. Davis (1944) is an American political black and feminist activist and scholar. She is best known for her involvement with the Black Panthers. She has taught and lectured at various universities, usually at a graduate level. Since the 1960s, she has advocated for and written about a shift in public efforts to engaging communities rather than incarceration as a means to address social and economic problems. Her book Women, Race & Class is a powerful study of the women's liberation movement in the U.S., from abolitionist days to the present, that demonstrates how it has always been hampered by the racist and classist biases of its leaders (from publisher website). She is one of the founders Critical Resistance, an organization aimed at abolishing the prison-industrial complex. Read more about what Angela gives lectures on in 2019 in this article by Banner. 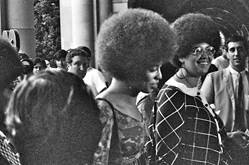 Aaron Dixon (1949) is an American activist and a former captain of the Seattle chapter of the Black Panther Party for its initial four years. “As a college student at the University of Washington, Dixon played a key role in the formation of the Black Student Union (BSU) and the Seattle Chapter of the Student Nonviolent Coordinating Committee (SNCC) along with Larry Gossett and others”. While a member of the Black Panthers, Dixon started the Free Breakfast for Children program that fed thousands of hungry African American children; and he helped to open a free community medical and legal clinic. Aaron Dixon has written an autobiography, My People Are Rising: Memoir of a Black Panther Party Captain that has been required reading for classes at UWB. Read more about Aaron in this short biography by the Seattle Civil Rights & Labor History Project. 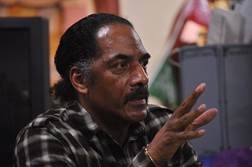 Patrisse Cullors (1984) is an American activist, artist, and scholar. She teaches at Otis College of Art and Design in the Public Practice Program. She also teaches in the Master's Arts in Social Justice and Community Organizing at Prescott College. She is a cofounder of Black Lives Matter, and author of one of the latest titles explored by Community Reads, When They Call You a Terrorist: A Black Lives Matter Memoir. She also co-founded the prison activism organization Dignity and Power Now. Read more about Patrisse in this article by the Guardian. 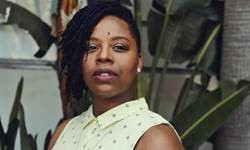 For any feedback feel free to respond to this email or fill out this anonymous feedback form.

Text on this page created by UW Libraries is licensed under a CC BY-NC 4.0 License. Images and video are not included.See details.

Land Acknowledgment: The University of Washington Bothell & Cascadia College Campus Library occupies Land that has been inhabited by Indigenous Peoples since time immemorial. Specifically, this campus is located on Sammamish Land from which settler colonists forcibly removed Coast Salish Peoples to reservations in the mid-19th century. Today, descendants of the Sammamish are members of several Coast Salish communities.