"Work of local artists occupies a large part of the space given over to the exhibition of paintings and craftsmanship at the [Alaska-Yukon-Pacific] exposition, and to those who do not keep informed on the progress that is being made along such lines in the city, the display is a great surprise. It compares favorably with those from other parts of the country and is receiving warm praise." [50]

Within the bookend decades around the turn of the twentieth-century, the visual arts became an established part of Pacific Northwest culture. Artists were living and working here. Wealthy Seattleites, whose money came from banking, law, timber, and railroads, began collecting European, Asian, and some American painting, prints, and sculpture. Arts-minded individuals were forming organizations to exhibit art, some of which was loaned and shown expressly for the purpose of enhancing the cultural sophistication of the community, and some of which was exhibited to sell and to offer arts instruction. Early local magazines, including The Westerner and The Week-End, covered the arts and highlighted the visual arts: local female artists were featured in The Westerner; and European, Eastern United States, and a bit of local visual arts events and artists discussed in The Week-End.

Art was presented to the broader community through the 1909 Alaska-Yukon-Pacific Exposition's exhibitions of international, national and local artists; and graphic-intense keepsake souvenirs could be purchased. At the Exposition, there was a bit of beauty for everyone, part and parcel of the City Beautiful movements sweeping the county.

In this twenty-year time period, the expansion of railroad service to the Puget Sound region (Northern Pacific Railroad to Tacoma in 1885 and Great Northern Railroad to Seattle in 1893) and the discovery of gold in Alaska/Yukon,1896, [52] resulted in a tremendous population boom. The influx of people into this region brought artists (and people whose children would become artists), arts patrons, arts appreciators, writers about art, and arts educators. It was, as described by Martha Kingsbury, Art Historian of the Pacific Northwest and professor emerita of the University of Washington, "a growing pocket of civilization." [53]

The Alaska-Yukon-Pacific Exposition served as a culmination of the exploration and discovery of the Pacific Northwest. It was a grand celebration of the region's geography, industry, people, and culture. It managed to place Seattle within the nation (with United States government exhibits), yet set itself apart with its unique, picturesque scenery (which was wildly marketed in the exhibitions promotional materials) and its role as the gateway to Alaska and to the Orient. The physical exploration and discovery of the Pacific Northwest was complete, but the expansion and development of the greater Seattle and Puget Sound region was still in its infancy.

Growing cities and towns in the Pacific Northwest were reproduced in the nationally popular art form, bird's-eye-view maps. Merging factual information with an imaginative bird's-eye perspective allowed artists to document city layout and notable landmarks in a succinct way. Widely distributed and affordable, thanks to lithography (a map cost around $3 to $10 to purchase) the maps are visually delightful and excellent sources of information about urban development.

Along with a collection of rare bird's-eye-view maps of Northwest towns and cities and material relating to the Alaska-Pacific-Yukon Exposition, Special Collections holds a tremendous depth of historical material relating to the development of the visual arts in this time period, 1890 to 1910. There are monographs, exhibit catalogs, personal papers and organizational records, but there are also uncataloged materials located in the Pamphlet Files--articles about, or obituaries of, artists and arts patrons--that provide a depth and texture for understanding this period's visual culture. There were a great number of artists working in Seattle at this time under radically different circumstances. Some of them were, or are, better known than others and some female artists have been brought to the forefront through the efforts of Museum of History and Industry and the Martin-Zambito Gallery.

[50] "Display of Local Artists Praised," Seattle Times, June 6 1909. A copy of this article can be found in the Alaska-Yukon-Pacific Scrapbook 8-SP, page 108.
[51] See Lynn McAllister, "Stirrings of Modernism in the Northwest," in Modernism & Beyond: Women Artists of the Pacific Northwest, ed. Laura Brunsman and Ruth Askey (New York: Midmarch Arts Press, 1993). and Martha Kingsbury, Celebrating Washington's Art : An Essay on 100 Years of Art in Washington (Olympia, Wash.: Washington Centennial Commission, 1989). for brief introductions to the Puget Sound region’s visual culture at the turn of the 20th Century.
[52] The advent of photography profoundly changed the use of art as record. As a readier means of depiction, it was the favored way of illustrating the Alaska-Yukon Gold Rush, beginning in 1896. With the exceptions of Sydney Laurence (1865-1940) and E. B. Brown, nearly all memoirs and promotional materials published about the gold rush included photographs, with the occasional inclusion of often unattributed engravings.
[53] Martha Kingsbury, "Seattle and the Puget Sound," in Art of the Pacific Northwest: From the 1930's to the Present (Washington D.C.: Smithsonian Institution Press, 1974), 41.

Special Collections has 51 bound volumes of the Week-End Magazine and the Town Crier magazine, spanning years 1906-1933. The title of The Week-End changed to Town Crier in September 1910. The Week-End, according to its title page, was a weekly journal devoted to society, club life, art, music, literature, and the stage.

The West Shore magazine (1875-Mar. 1891) was continued by The Illustrated West Shore weekly magazine, which survived only long enough to make 5 issues. Several bird's-eye-views of Pacific Northwest cities and towns were printed in this periodical.

Westerner; an interpretation of the west. 1905. [Seattle, The Westerner].

This monthly magazine, covering 1905 to 1912, is a rich source of information about the first decade of the twentieth-century in Seattle. The early issues have a section entitled "Western Women" that highlighted artists such as Harriet Foster Beecher and Ella Shepard Bush. Later in 1909 and 1910, writer and publisher (she was the first woman to run a publishing house), Alice Harriman contributed her thoughts about art in a section titled, "Western Art and Literature." Some early Seattle art collectors, like Horace C. Henry, are profiled in this magazine, although their interest in art is never mentioned.

This thesis provides a historical overview of theater, music, and the visual arts starting in 1914. Di Biase does provide some information that is relevant prior to that date.

Kovinick, Phil, and Marian Yoshiki-Kovinick. 1998. An encyclopedia of women artists of the American West. American studies series. Austin: University of Texas Press. With a foreword by William H. Goetzmann.

Reps, John William. 1984. Views and viewmakers of urban America: lithographs of towns and cities in the United States and Canada, notes on the artists and publishers, and a union catalog of their work, 1825-1925. Columbia: University of Missouri Press.

This 570-page volume includes in-depth information about the creation and distribution of birds eye views, biographies of artists, and a comprehensive catalog.

Please follow the links to find information on the following collections, including Special Collections' holdings:

Cities from a Bird's-Eye-View 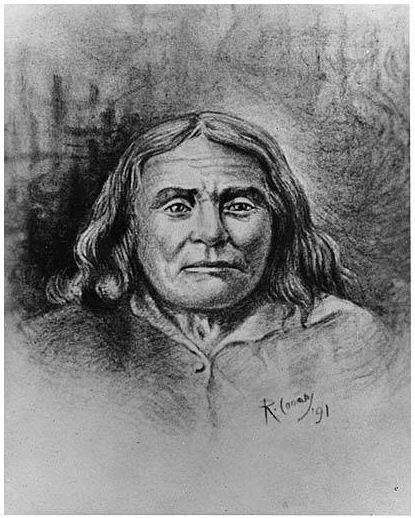