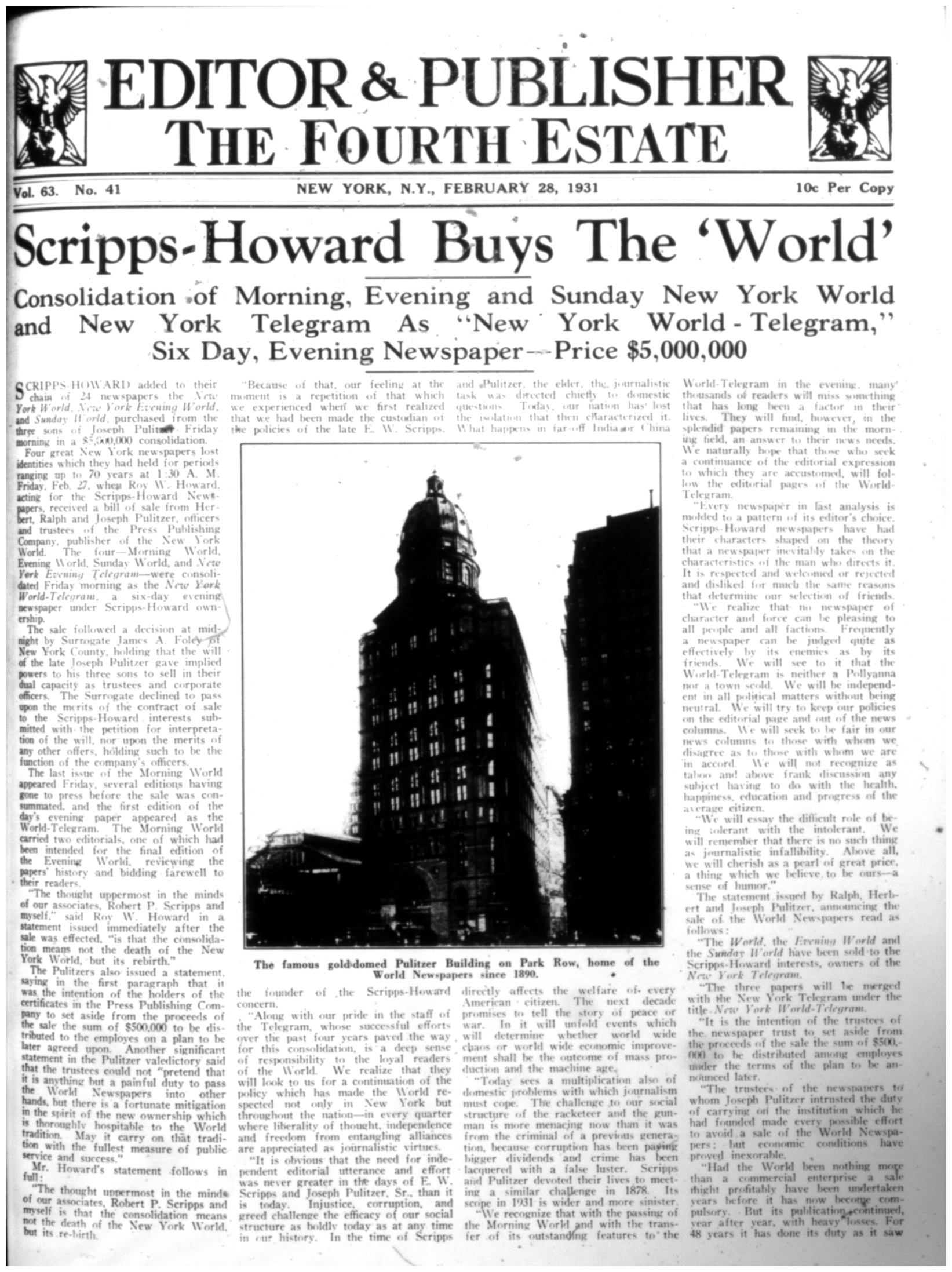 Newspapers were the primary means of communcating news during this time period; however, the Depression impacted the industry.  Patricia Dooley explains that in "early 1931, the owners of the New york World were forced by hard times to sell the paper for a mere $5 million to the Scripps-Howard chain."  In response to the economic conditions, a group of reporters and editors established the American Newspaper Guild in 1933.  Dooley writes that the Guild was "the first successful attempt to organize the nontechnical side of newspaper production."  The Guild was controversial at first, but it still exists today as The Newspaper Guild.