What are the Seattle Times Journalist Files?

The Seattle Times Journalist Files are a collection of documents that the journalists at the Seattle Times collected while researching and writing news and opinion pieces for the paper. This collection was acquired by the University of Washington Libraries nine years ago in 2012.

In 2012, the Seattle Times moved to smaller offices and could not keep their legacy clippings files. These files include clippings from the Seattle Times ranging from 1900 to 1984. When the University of Washington Libraries decided to take the clippings files, they were also offered the Journalist Files. These did not seem to be of much worth at first, however, an old issue of a Ku Klux Klan paper called "The Watcher on the Tower", which the UW Libraries had previously been unable to find, was found in the collection. After this important discovery it was determined that the UW Libraries would take these files as well.

Since their acquisition, these files have been stored in the basement of Suzzallo Library and have remained essentially untouched...until now. A project is underway to document what is in these files and to properly store any important documents that are found. These documents are also being cataloged so the users of the library can access and use them easily. 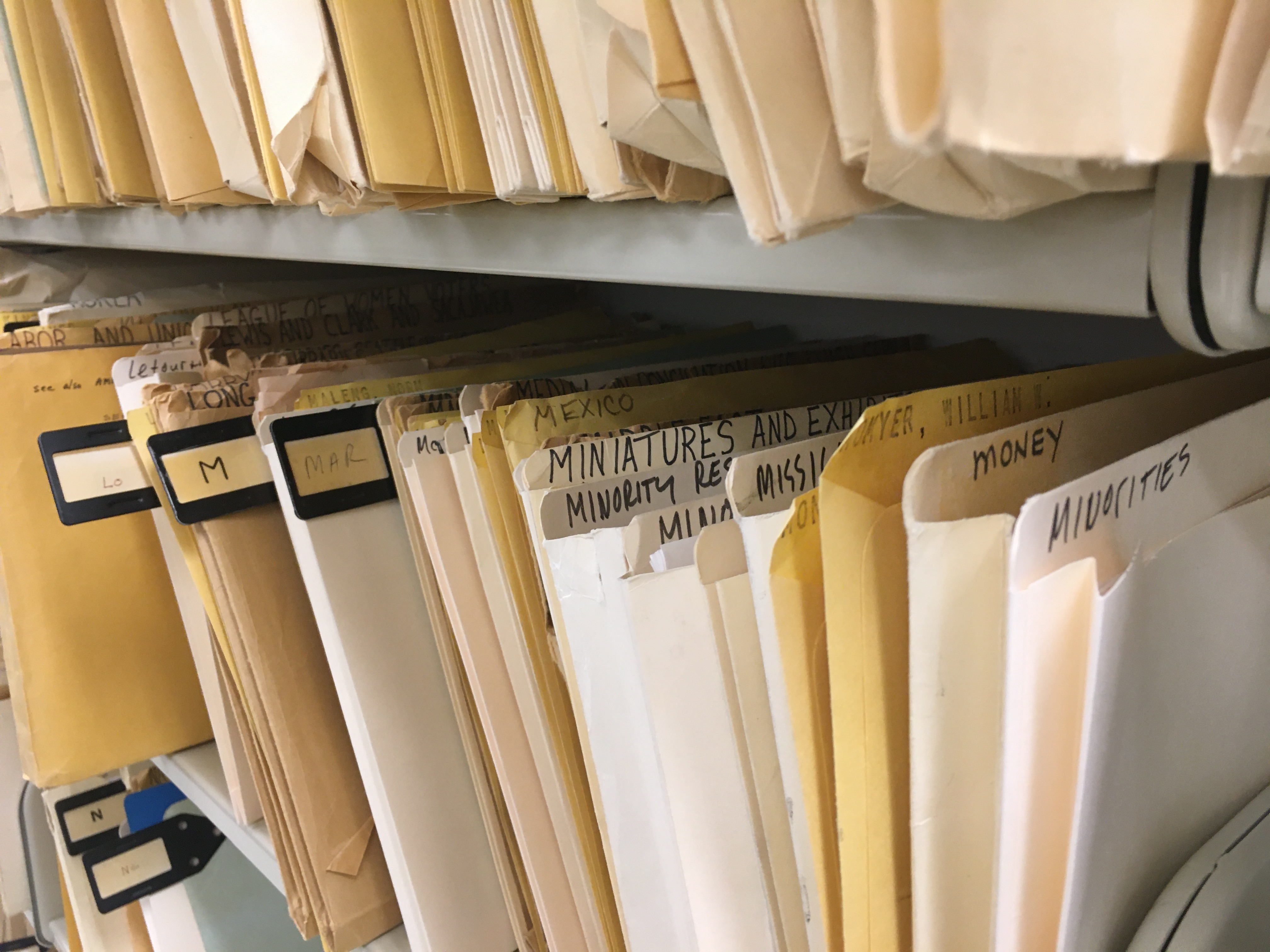 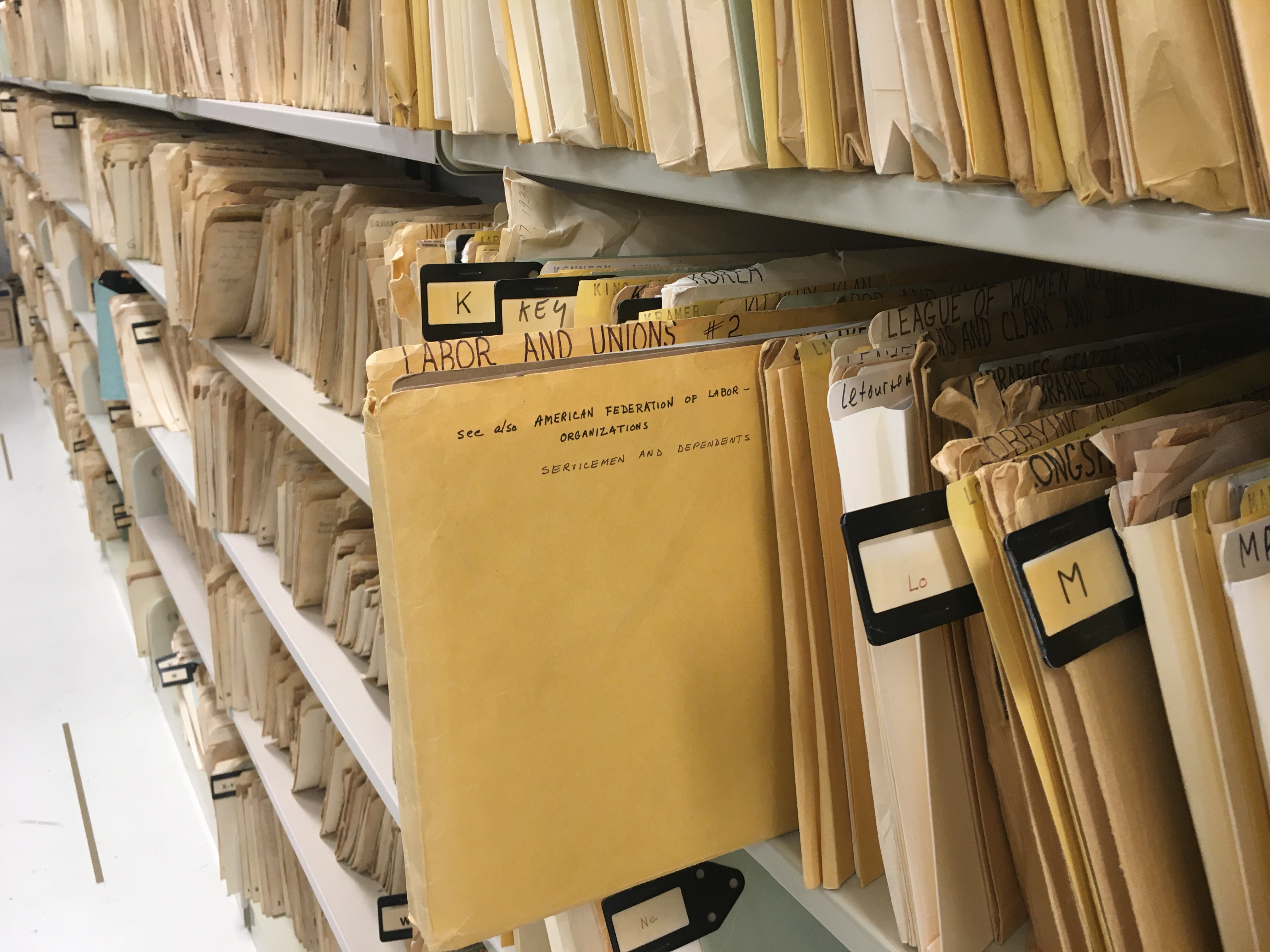 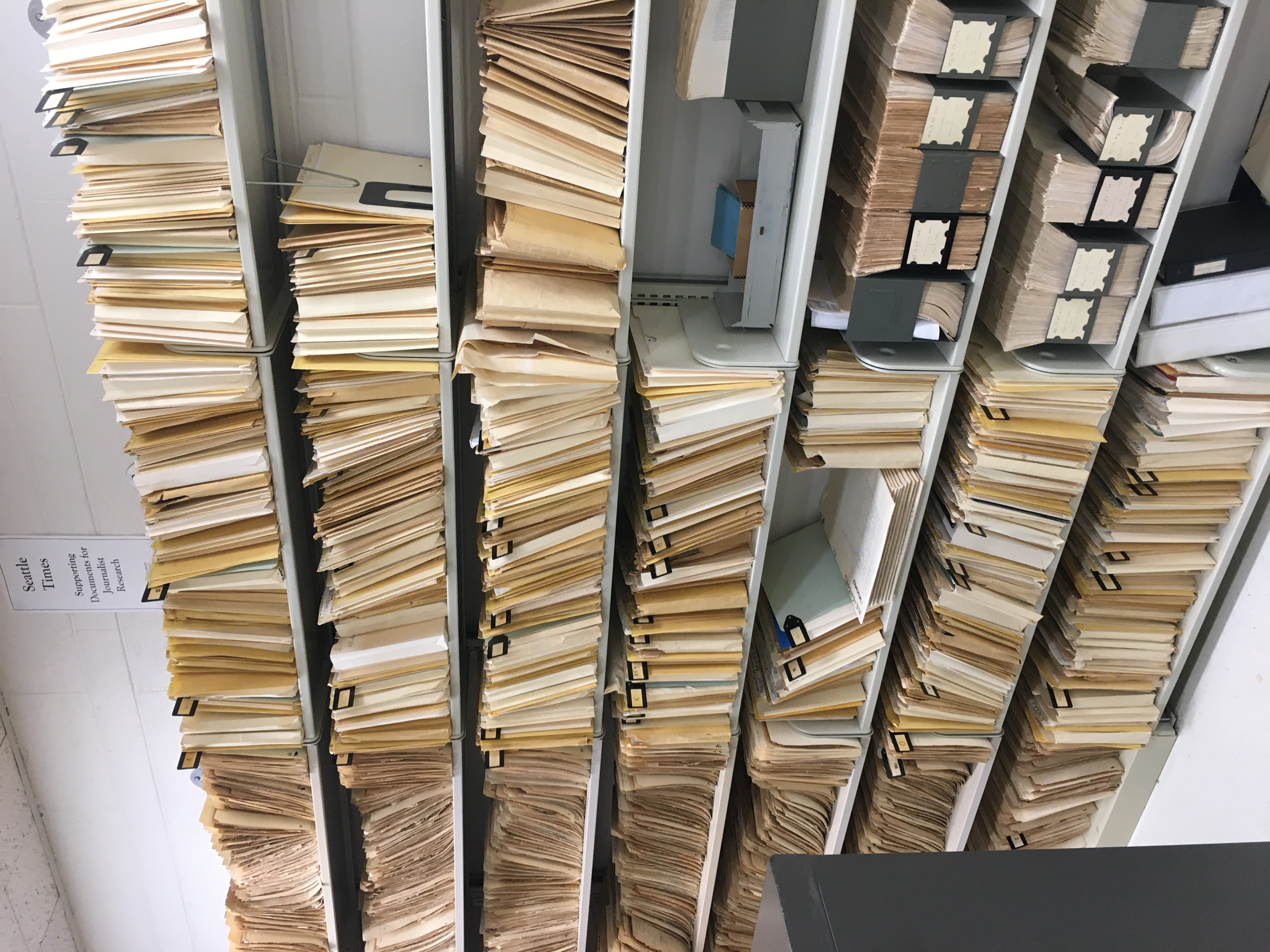 These files are organized alphabetically and include many different topics. The folders are labeled by topic or are dedicated to a specific individual. Some example topics include Aircraft Carriers, Miniatures, Banks and Bankers, Money, Calendars, and much more! 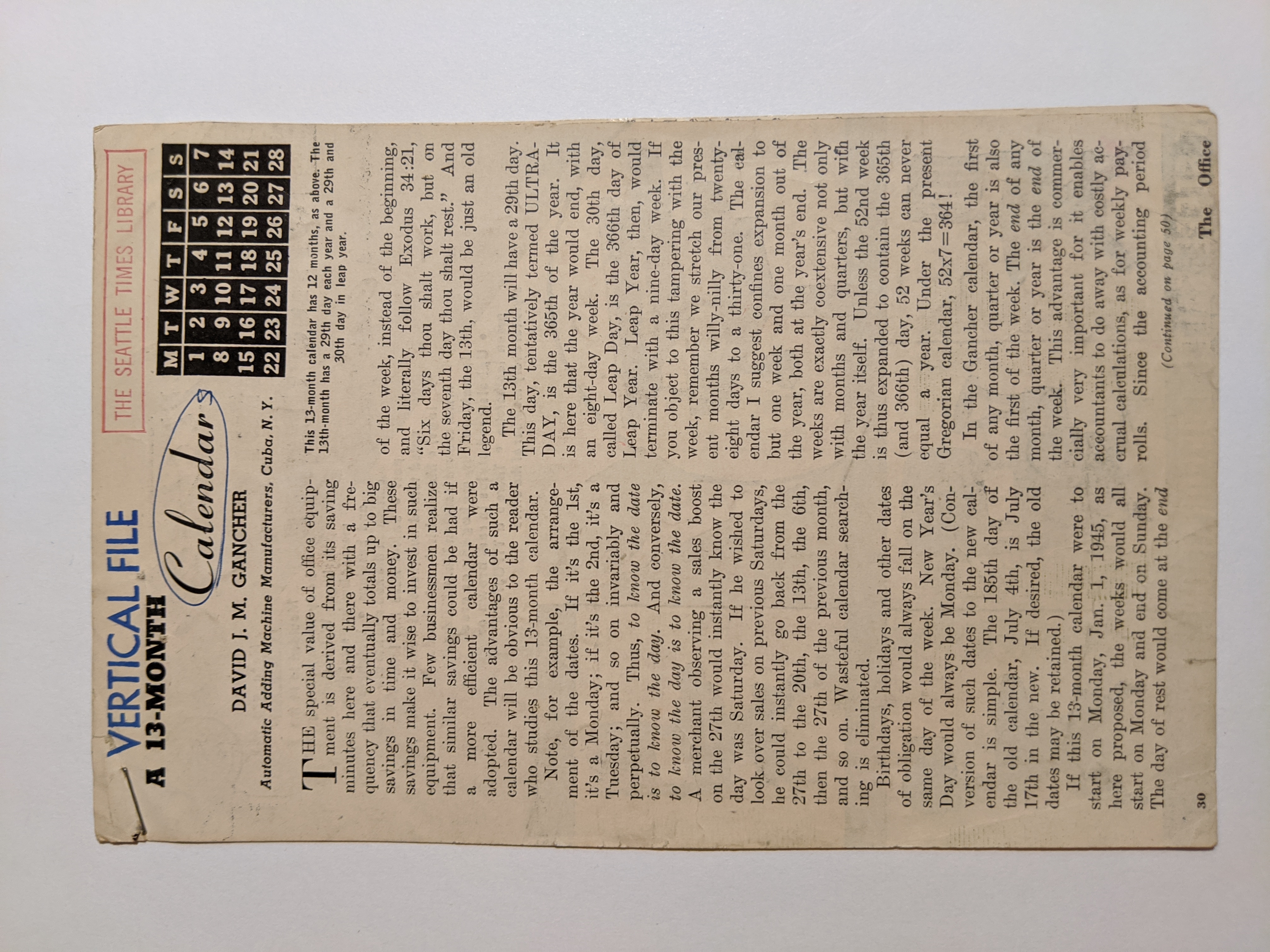 Special Thanks to Jessica Albano, Christina Blomquist, and Glenda Pearson for all of their help and support with this project.