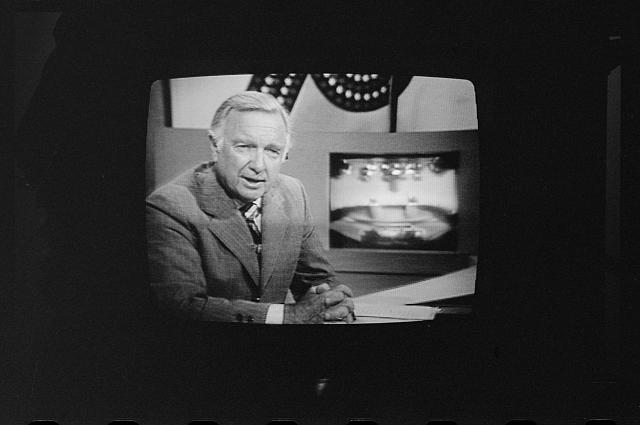 Television news became the most popular source of news during this period. TV news, dominated by ABC, NBC, and CBS and their popular news anchors (Edward R. Murrow, Walter Cronkite, Chet Huntley, David Brinkley, and Douglas Edwards) broadcast powerful images from across the country, including those of the Civil Rights movement.  The popular CBS news magazine, 60 Minutes, debuted in 1968.

With the rise of TV news, newspaper readership declined.  Dooley explains that "By the 1980s, newspaper owners were forced to adapt not only to the popularity of television ews but also to competition from within the newspaper industry itself.  Al Neuharth's 1982 launch of the controversial USA Today, with its color, graphics, and innovative layouts and headlines, chook the field."