This page showcases field and concert recordings from Asia. The geographical divisions on this page are based on the United Nations geoscheme for Asia which divides the area into five regions: North, West, East, South, Southeast, and Central Asia  Russia and Turkey have been placed under Europe to reflect their musical traditions and political affiliations.

Strengths of the collection include the Robert Garfias recordings from Southern and Eastern Asia and the Lorraine Hiromi Sakata recordings from Afghanistan and Pakistan. Since Eastern and Southeastern Asia share the border of the Pacific Ocean with Washington State, East Asia has been a popular destination for ethnomusicology student work in the past. The UWEA contains field recordings from a variety of graduate and undergraduate students in those areas. Two of the countries most represented in the UWEA collection, China and India, are also showcased on this page. 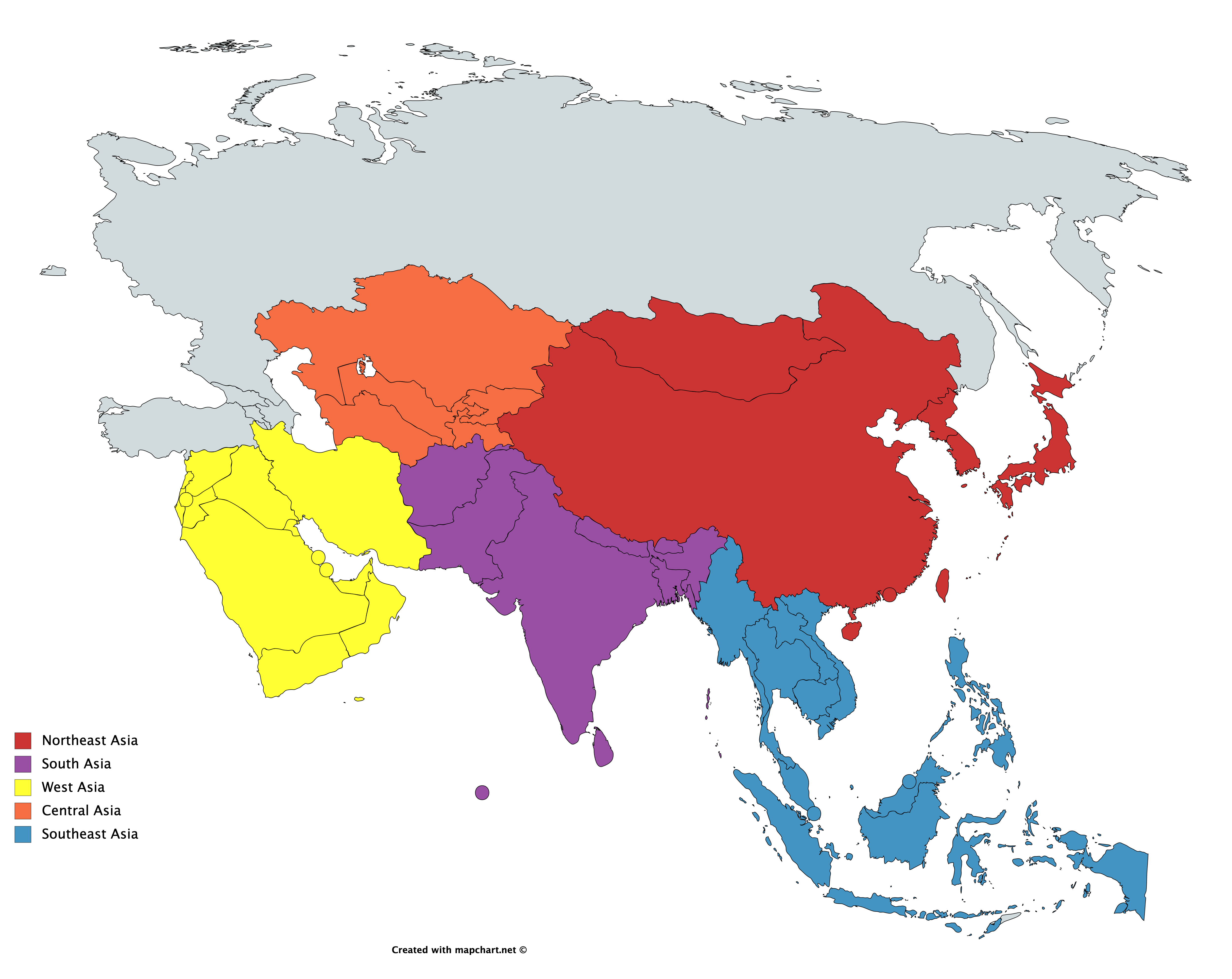