This page showcases the UWEA field and concert recordings from Europe. The recordings on this page are divided geographically based on the UN geoscheme for Europe into four regions: Eastern, Western, Souther, and Northern Europe. Variations from the UN geoscheme include that Ireland and UK are placed under Western Europe to reflect their musical traditions, and Russia and Turkey are placed under Eastern Europe instead of Asia in order to reflect their historical and musical connections.

Strengths of this page include the Joe Heaney collection featuring Heaney's traditional Irish singing and the extensive flamenco artist recordings created in Spain by various collectors. Although there is a wide variety of recordings from Eastern and Northern Europe, Western Europe is underrepresented in the UWEA. 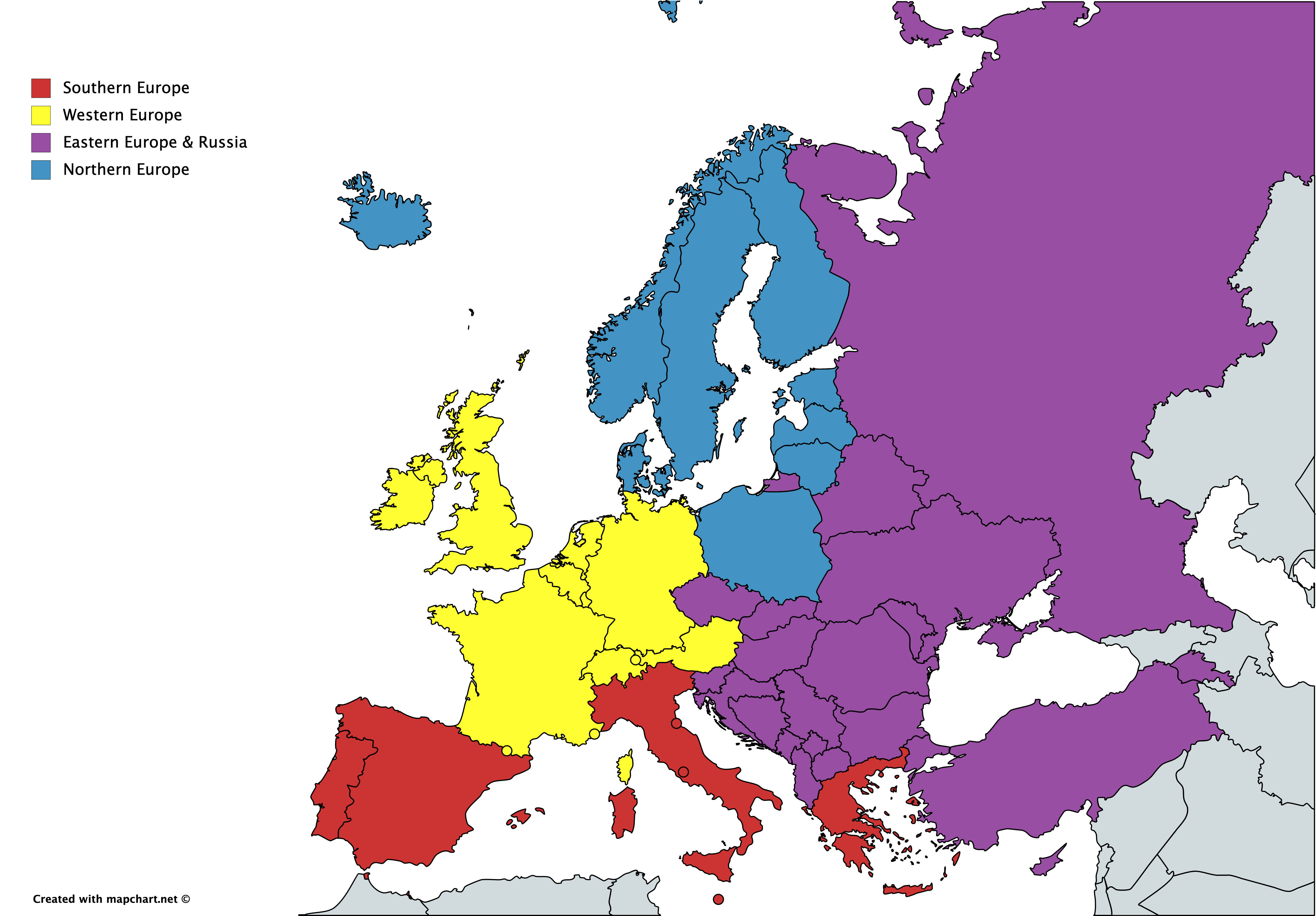