Take Me There: Maps and Books from Old Japan: 10

All 13 crew members of the wrecked ship, Eiju Maru, were saved but only five of them returned to Japan including Hatsutarō. After they returned to their homes, their adventures were recorded in the following stories:

Hatsutarō’s “Kaigai ibun” was written by a vassal of Hachisuka Narihiro, a lord of the Tokushima Domain, and the artist Morizumi Tsurana did the illustration.
Morizumi had to draw things he had never seen, so he built models based on Hatsutarō’s descriptions and by sketching those models he tried to draw as realistically as possible. Spanish customs and manners that Hatsutaro observed in the Mexican territory of the Baja California Peninsula are depicted in these colorful illustrations and text.

Hatsutarō was a sailor from the Tokushima Domain. In 1841, on the way to Miyakoura (present-day Miyako City, Iwate), his boat was caught in a storm off the Inubōsaki coast in Chiba Prefecture. With other crew members, he was saved by a Spanish ship and eventually landed in Mexico. Two years later, he returned to Nagasaki by way of Guangdong, China. He lived into the late Meiji period. 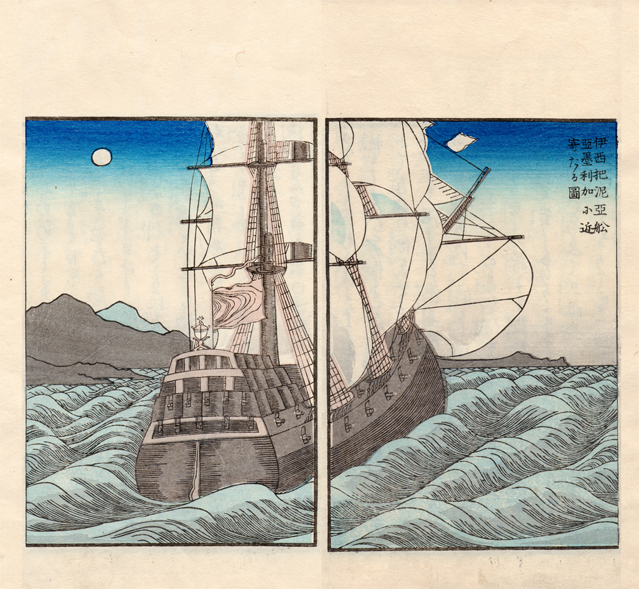