Take Me There: Maps and Books from Old Japan: 11

This book on the “Japanese enlightenment” describes the geography and history of countries around the world. It is composed of various illustrations and rhythmical text that mimics the travel guides of the Tokugawa period [1603-1868] in order to make it easy to understand for Japanese citizens who were uninformed of foreign affairs due to the policy of seclusion.
Vol. 1. Asia; Vol. 2. Africa; Vol. 3. Europe; Vol. 4. North America; Vol. 5. South America Oceania; Vol. 6. Appendix. In volume 4, Fukuzawa introduces the U.S. Revolutionary War, the first President of the United States, George Washington, and the political system of the United States. We have both original works and reproductions in the East Asia Library. This exhibit shows only the reproductions.

An author and an educator in the Meiji period [1869-1912]. Fukuzawa came from a Samurai family in the Nakatsu Domain (present-day Nakatsu, Ōita). Fukuzawa visited Western countries as the attendant of an envoy dispatched abroad by the shogunate. Early in his career, he worked as an activist for the enlightenment of the people and in 1858 he established a school called Keio Gijuku, where people could be enrolled without discrimination as to position and status. 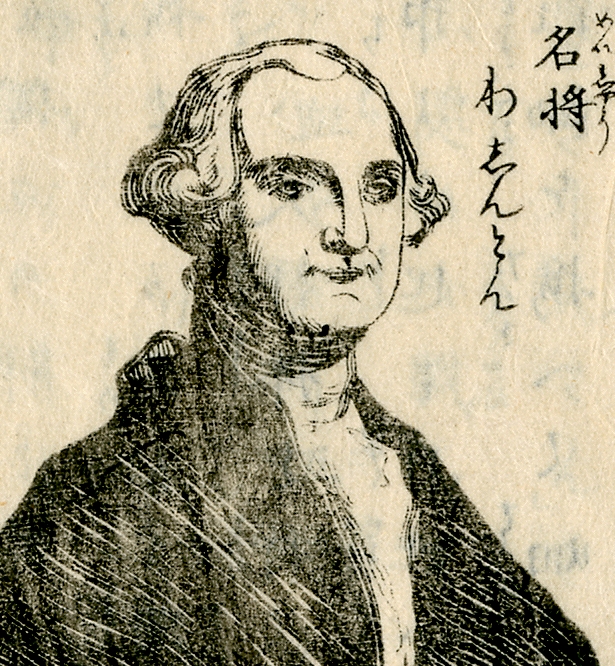