Welcome to the guide for the Bob "Deckman" Nelson Collection of Folk Music. This guide provides links to:

The Collection, which spans over 60 years of music making, includes hundreds of recordings made by dozens of  musicians in and around the Pacific Northwest. From "hoots" and living room jams, to radio broadcasts to festival concerts, these recordings reflect Nelson's lifelong commitment to music making, listening, and collecting. As he notes, "What you will hear in this collection of music is an audio history of the folk music I have been around all my life. These recordings all came from the hoots, small gatherings, jam sessions, live concerts and practice sessions of many friends. These were not commercial quality recording made in studios by audio engineers. Instead they mostly come from cheap tape recorders sitting on coffee tables in various living rooms and kitchens. A few recordings were made in radio and TV broadcast studios, or on the occasional concert stages where the audio equipment was better. What you hear is what you get."

Nelson recorded many of the artists featured here (himself included), but other recordists and collectors also contributed to this collection's contents. "This collection came from several sources. The largest number came from tapes that I personally made and saved over the years. My collection starts in 1954. In addition, I was given many reel to reel recording from Patti DiLudovico. She was discarding her tapes as I happened to drive in her driveway (I beat the garbage truck by two hours). I also received wonderful collections from John Ashford and Ed Bremer. All of these people gave me their recordings. Both of these people generously gave me their recordings in the hopes that they would be preserved for future generations."

How To Use the Collection

There are several ways to listen to the collection:

1) Visit an artist's page by hovering your cursor over the "Browse by Artists" tabs, then selecting a musician to listen to.

2) Visit the Bob Nelson set on the UW Libraries' Soundcloud site. By doing this you will be able to listen to all the recordings in this guide without needing to visit each artist's page. Soundcloud also allows you to embed comments into the waveform for the recordings, and we encourage you to do so.

3) Browse the Collection's entire list of contents. This list includes information about all the recordings in the collection, not just the samples featured here. If you find something on the list that you want to listen to, first search for it on the Bob Nelson Soundcloud set. If it is not available there, contact the UW Libraries. 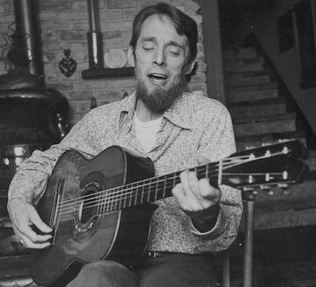