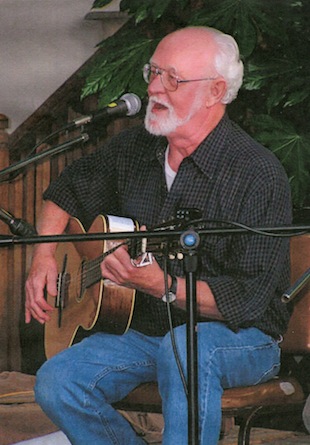 I was born in 1937. At age 13, I heard my first folksongs and met Bill Higley. He took me under his wing and taught me guitar and voice. He was a radio man and drilled me constantly on diction and elocution. Early on, I became enchanted by these folk ballads. I loved their stories and their melodies. By my early twenties I had studied voice formally and became fluent on the guitar. I married in 1960, raised three children, and made my living as a carpenter in the Seattle area.

I retired in 2005, and have devoted my time since full time to folk music. I perform often,I am co-director of the Pacific Northwest Folklore Society. I still do a little performance coaching, and I am looking forward to putting this five year archive project to bed so I can go fishing. More information available here.