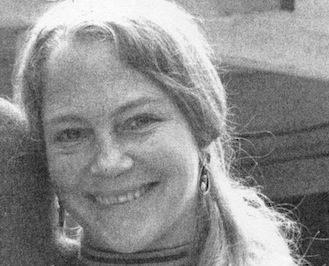 Patti Payne, aka Patti McLaughlin, aka Patti DiLudovico, was born in Kansas in 1932. She was raised in Wichita, earned her undergraduate Literature degree in Kansas. It was there that she met and became influenced by the singing of Joanny O'Bryant, who collected Kansas folksongs and recorded two albums for Moses Asch of Folkways. Patti married and moved to Seattle in the 1950's, where she got her master's degree at the UW.

Pattie studied classical guitar and folk music, and became a popular performer. She was very active in the Seattle "hoot scene" of the late 1950's. She was a co-producer of the "Ballads and Book" series of folk music shows on KCTS TV in 1959. She moved to California in late 1959, where she married Al DiLudovico. She, and her late husband Al, founded the "Catalyst" in Santa Cruz, which became a mecca for the touring folksingers of the 1960's. She now lives in the Santa Cruz area of California.