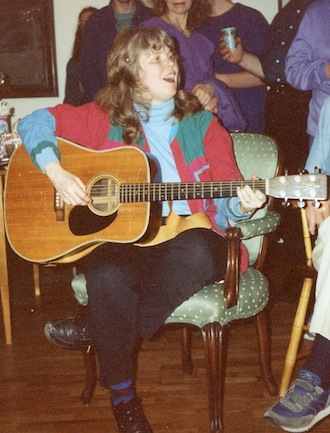 I met Linda Allen in 1974 when she came to Everett Community College to sing a concert at our first folk festival. We became fast friends and remain so today. At that time, she was running a folk club called "Apple Jam" in Olympia. Several of us went down there frequently to perform.

She married Jim Zito and moved to Bellingham where she quickly immersed herself in the local music scene. Then in the mid 1970's, she received a grant from Washington state and spent one year traveling Washington and collecting songs. This project resulted in the first of two books.

She is an incredible song writer and even a better person ... and yes I do treasure her. As I write these notes, she and her now husband Scott are entering another chapter of their lives as they become full time staff at "Holden Village", in Eastern Washington. Here is a link to Linda's web page.