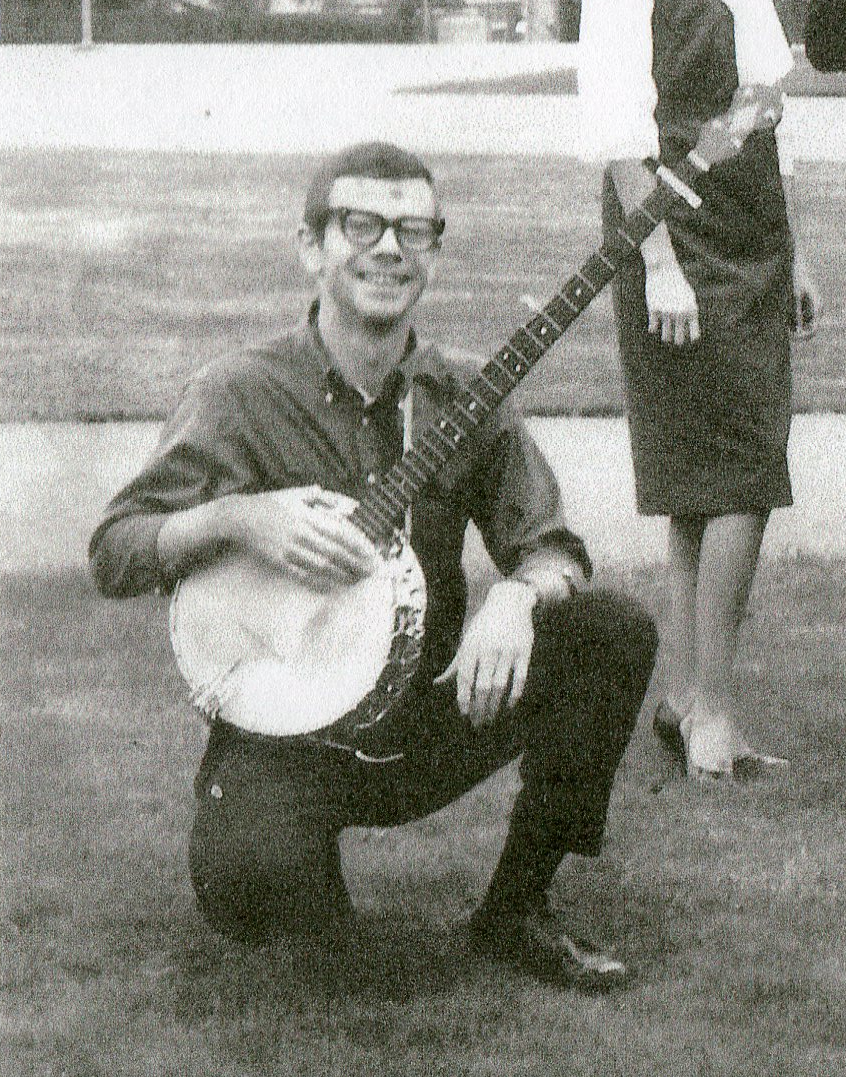 Mike appeared on the Seattle folk music scene in the early 1960's, when he became the pearl diver (dish washer) at "The Cooraberie" coffee house. He claims that it was there he first heard, and saw, the local folksingers. He was then inspired to buy a banjo and "become one also." Within one month, he was also appearing on local stages. He became a well known and much loved local character. He was born in 1939, and now lives in Vancouver, Washington.