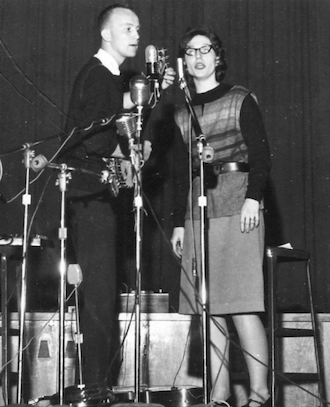 John Ashford was born in 1933. His father, Paul Ashford, was a collector of local folk music and was close friends with Pete Seeger, Ivar Haglund and other local personalities. This environment gave him an early appreciation of our traditional folk music. When he was 18, he took off to discover America and spent some time with the late Pete Steele of Ohio. Pete got him going on the five string banjo.

John married Sally in the late 1950's and their home became a mecca for the folk musicians of Seattle. Most every weekend we could find a hoot, or a concert, or a gathering at their Ravenna district home. John became president of the Seattle Folklore Society for a number of years. He retired from many years as a teacher and a librarian. He now lives with his wife, Jen, in West Seattle.