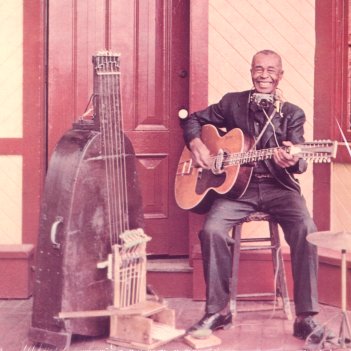 I met Jesse just twice, but each meeting memorable. The first time was in 1957, in Seattle, where he was performing at a small house party. He was the only black person in the room and was sitting alone and looked rather uncomfortable. I introduced myself, started to visit, then asked if he would like one of the beers that I had brought to the gathering? He said yes, drank a little, and then started playing his incredible music.

Two years later, several of us went to "The Blind Lemon" club, in Berkeley, California, where he was performing on stage. As we walked in, he spotted me, and stopped mid song, and said: "There's the ONLY man in Seattle who ever bought me a beer!" More information about Jesse Fuller is availbale here.