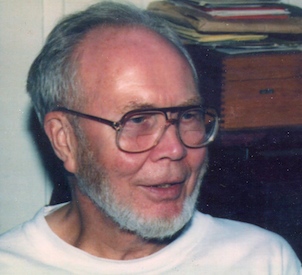 I met John Dwyer in 1960 when he was the librarian at Highline High School. We quickly became close friends. At that time, he was the one folksinger I knew that had a larger repertoire than me. We spent a lifetime exchanging songs. He was strongly influenced by Burl Ives and played a very simple, but adequate guitar style.

Being a librarian, and amateur historian, he was well known for doing copious background research on these traditional ballads. The last years of his life he lived at Mission Beach, Tulalip Indian Reservation, Marysville, Washington. His home became a mecca for some of the very best of the hoots. It was there he passed away.