Government Sources by Subject: Gays in the Military

Gays in the Military: Important Documents 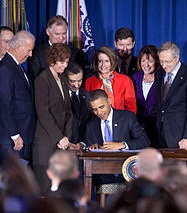