The Social Security Administration delivers services concerning old-age, survivors, and disability insurace (OASDI) through a nationwide network of over 1,400 offices, as well as a presence in U.S. embassies around the globe.

Social Security Numbers: according to the Social Security Office, the first set of numbers in the social security number refers to the geographic area or part of the county in which the card was issued, with the lowest numbers on the east coast, progressing west to the highest numbers on the west coast and Hawaii. The second set of numbers refers to a numbers segment and the sequence in which the card was issued. The third set of numbers is the individual's specific identity number. 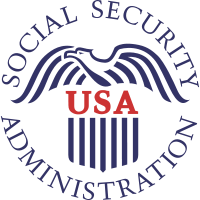