Reports come from House or Senate committees.  When a committee reviews a bill and is favorable towards the bill's passage, the bill is sent back to the House or Senate floor for debate and voting.  Generally a written report is sent with the approval.  The report contains a summary of the purpose and scope of a bill, the reasons for its approval, the committee's findings and recommendations, and a statement estimating the costs (or revenues) resulting from its potential enactment for the current fiscal year and five successive fiscal years. All changes to existing law must be indicated in the report, and the text of laws being repealed must be indicated.  Occasionally, committee reports serve as background on a public policy issue and therefore are not linked to a certain bill or piece of legislation.

Finding aids are used to identify documents and pinpoint their location.  Information such as title, CIS number, and SuDoc number may be included.  The following finding aids are print resources and the items they index can be found via the above resources. 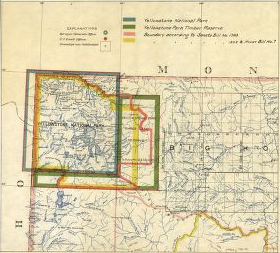 Image courtesy of the Library of Congress, American Memory Project.