The Helsinki Accords, the Helsinki Final Act, or Helsinki Declaration was the final act of the Conference on Security and Co-operation in Europe held in Helsinki, Finland, during July and August 1,1975. Thirty-five states, including the USA, Canada, and all European states except Albania and Andorra, signed the declaration in an attempt to improve relations between the Communist bloc and the West. The Helsinki Accords are not binding as they do not have treaty status. 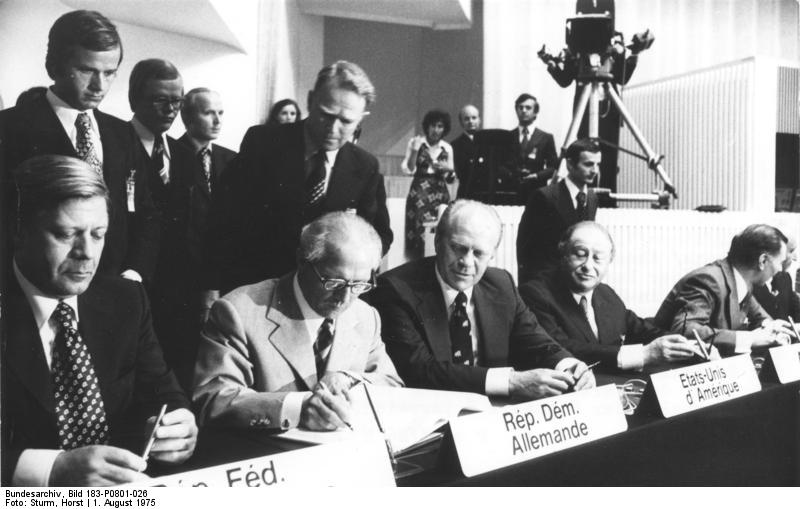 Signing of the Helsinki Accords by the leaders of Austria, the United States, East Germany, and West Germany.